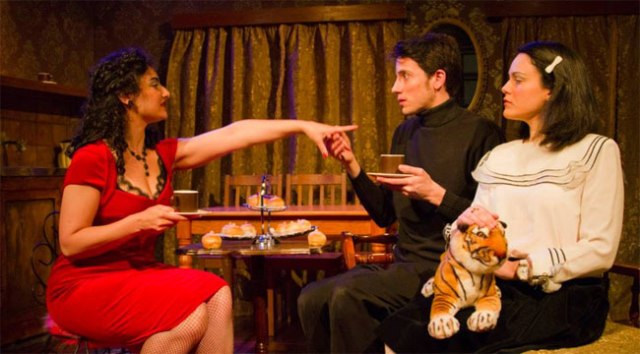 Theatre review
In The Cannoli Mob’s Family Voices, production design plays a big part in conveying a sense of stifling and oppressive gloom. These are characters that exemplify English restraint, and the set, while good-looking, effectively communicates that sense of formality and austerity. It is also provides versatility, giving the play a surprising multi-dimensionality in spite of the small stage.

Vivian Tselios’ direction retains the abstraction in Pinter’s words, which gives the show a slightly surreal quality that is alluring and strangely enjoyable. The actors successfully depict an intriguing universe, even though their individual abilities do vary. Adriano Cianfarani plays the lead role, and brings an interesting “narrator” sensibility as though he is never quite present in his own world, which adds to the surreal feel of the show. Although the play does not seem to explicitly discuss locality, Cianfarani’s accent is distracting, and contradicts with the Englishness of Pinter’s writing. Simon Boileau’s appearance is a gift to the aesthetics of the production. On a visual level, he adds a lot to the sophistication of the work, and his acting is also most accomplished of the group. He has a daring and mischievousness that connects well with the audience.

This is a sensitive work that is quiet and thoughtful. The theme of miscommunication in the play is challenging at times, but it has an unusual visceral kind of beauty that envelopes the theatre while its audience listens in and ponders the nature of relationships and parenthood.

What is your favourite swear word?
Fuck. It is short and direct.

What are you wearing?
I would love to say I was in a dashing Armani suite, with 24k gold-dipped cufflinks, but my wallet is laughing at me right now. I’m actually wearing lovably worn slacks and a t-shirt. I call it understated, but with attitude.

What is love?
The title of a song by Haddaway.

What was the last show you saw, and how many stars do you give it?
I actually haven’t seen any shows for a while, I’m ashamed to admit.

Is your new show going to be any good?
Come see and find out. 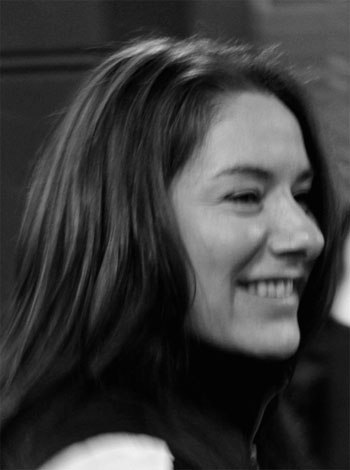 What is your favourite swear word?
Fuckstick, cos it’s a weapon of mass destruction.

Mismatched house tracksuit, fluffy hooded robe, and a new pair of black & white sandals I bought last summer, which I’ve never worn before (there’s hope for me yet).

What is love?
The beginning and the end of everything.

What was the last show you saw, and how many stars do you give it?
Rosencrantz And Guildenstern Are Dead at STC. 4 stars.