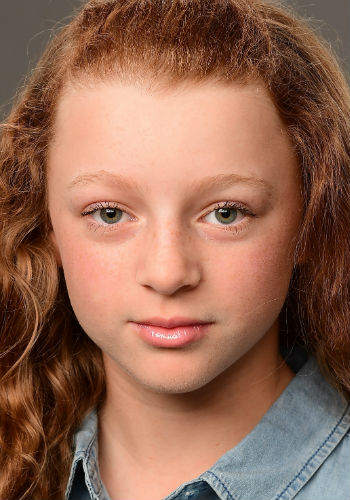 Christopher O’Shea: Seeing as you have an older brother in both the musical and real life, what is the difference between Olive’s relationship with Dwayne, and yours with your brother, or what are the similarities?
Kiera Dzeparoski: Olive and Dwayne have such a strong bond which can definitely be seen throughout the show. Olive really depends on Dwayne as she looks up to him. This is definitely a shared quality with Dwayne and my brother in real life as I look up to him and depend on him if I ever need help with anything. The only difference between my brother and Dwayne is probably that my brother is more outgoing and willing to go and play a couple of rounds of basketball or soccer with me, which I think is something Dwayne might not enjoy doing. Dwayne’s more the type of guy to sit down and read Nietzsche 😊.

What parts of Olive can you see in yourself?
Olive and I share a lot of personality traits such as being kind, unique, outgoing, bright, energetic and very bubbly. The only thing that is very different between Olive and myself is our sense of style. Olive’s sense of style is very out there, her ideal wardrobe would be full of bright colors, baggy pants and t-shirts and heaps of hand me downs that don’t necessarily fit well.

The Hoovers go through some pretty crazy stuff throughout the musical, what is your favourite moment of the musical if you have one?
The Hoover family is definitively a very unlucky family who encounter lots of bizarre moments throughout the musical, but I really enjoy every moment of it! My favourite scene in the musical is the pageant. Its full of so many comedic moments which always make me laugh, I particularly enjoy the first part of the pageant when they introduce the contestant that will be competing for the title of Little Miss Sunshine.

What would make you want to travel across the country stuck in a bus with your family?
The thing that would make me want to travel across the country in a bus stuck with my family, would have to be really big and exciting like watching heaps of musicals each night and to be able to stay in a beautiful resort along the beach, so I could do yoga on the soft sand. It would definitely have to be a long vacation to add up for the hours I spent in the bus! 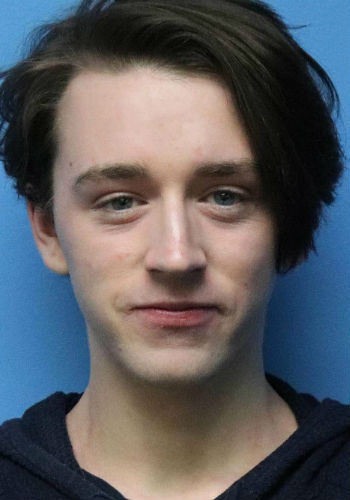 Kiera Dzeparoski: Which character from the Hoover family does Dwayne have the worst relationship with?
Christopher O’Shea: I think Dwayne has lots of issues with both his parents, however he finds his dad pretty ridiculous, Dwayne is quite nihilistic and keeps to himself, and feels like his father pushes so much ‘meaningless positivity’ towards him. This makes them clash, as Dwayne would just rather be left alone.

If all family members except for Olive where to enter a beauty pageant, who would win?
I think definitely uncle Frank, during the show he genuinely enjoys the beauty pageant, and it seems like he would get up there and participate at the drop of a hat.

If you won $100 000, what would you spend it on?
I would love to get a new car, one that would last me for a long long time, something new, with one of those reverse cameras, as I’m terrible at parallel parking. In a cool bright colour like a pink or yellow.

Which animal would you have as a pet if you could have any animal in the world?
I currently have a dog, she’s pretty great, however, I think it would be pretty cool to have a monkey/chimp, could try teach it sign language! Can you imagine actually communicating with your pet??!

If you could be friends with any fictional character, who would it be and why?
Oh gosh, so many to choose from, I guess I would have to choose the Genie from Aladdin, then I get three wishes, which is awesome, and he also just seems generally fun and exciting to be around.