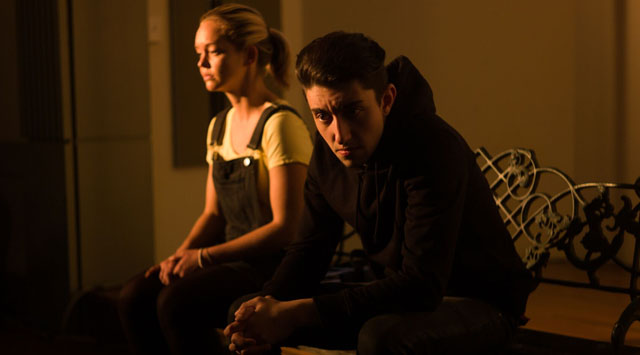 Theatre review
It is a terrible existence that the teenagers in DNA endure, but none are truly aware of the repugnance that is thrust upon them. Injustice and suffering is completely normalised. Life simply is often unbearable; they see it all around, people finding ways to put up with a world that is never good enough. Dennis Kelly’s play talks about the cycle of poverty and disadvantage, and an idea akin to fate that makes people settle for very little, in places like England where much has been taken from the lower classes.

One of the group has died in an accident, and the rest scurry and scheme to evade blame. They make no effort to retrieve the body, and are certainly unwilling to provide authorities with any assistance. Kelly puts on show a sickening reality, that when viewed from a position of our bourgeois objectivity, is painfully reprehensible. It confronts aggressively, our sense of social responsibility as developed nations who should know better, but who are culpable in the woeful damage caused by the persistent continuance of inequities, reinforced by the ever-increasing gap between the haves and the have-nots.

The production appeals strongly to our capacity for curiosity. Director Jeremy Lindsay Taylor keeps us questioning the motives and behaviour of his characters, by enacting an inner logic for DNA that always feels alien, in spite of its dramatic cogency. We understand the story, but we cannot believe how things have got to this point. It is a marvellous cast of eleven young stars who draw us in, with excellent conviction and discipline, having us convinced of the bizarre cruelty that occurs in our midst. Their work is revelatory, powerful in their unflinching dedication to the text’s inherent darkness.

It is not an entirely pessimistic exercise. We witness an urge to break these patterns of despondency in Leah (poignantly performed by Millie Samuels), who resists conventions of ignorance and resignation. While others continue with narratives of captivity, her impulse is to escape. It may be the only sensible thing to do, but it is also the exception, and a serious conundrum that requires our rumination.