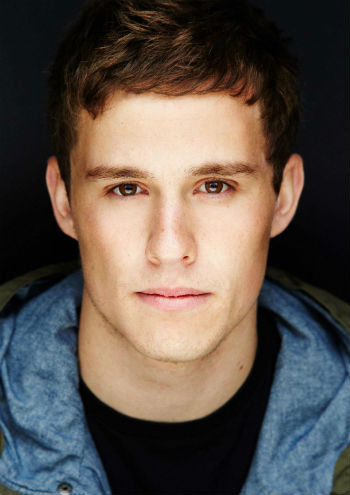 What is your favourite swear word?
The C-bomb… but only in the confines of my car so know one can actually hear me say it.

What are you wearing?
A green hoodie I stole from my twin brother cause I’m a knob, and the only pair of pants I own (which conveniently has a massive hole in the crotch).

What is love?
I don’t know if I’ve fully figured that one out yet. For me I think it’s the moment when you let all those silly walls we all build down and have the freedom to be yourself (which in my case is being a bit of a nut).

What was the last show you saw, and how many stars do you give it?
Rebels With a Cause directed by Simon Doctor. Was a cool little showcase at NIDA with a whole bunch of scenes from Shakespeare, Chekhov, Harold Pinter, Clifford Odets and other pieces I didn’t recognise but it was great fun and I’d give it 4 stars.

Is your new show going to be any good?
I bloody reckon it will be! 🙂 It’s such a fun play that, I think, already has a massive following. Kenneth Lonergan’s writing is mental! It’s so spot on and human and we are all having a ball rehearsing. The play really speaks to me as a young adult and hopefully will to those who come and see it… but at the very least it’s a hilarious play and I think everyone who sees it will have a giggle, maybe even a laugh out loud.