2014 has been a busy year. Choosing memorable moments from the 194 shows I had reviewed in these 12 months is a mind-bending exercise, but a wonderful opportunity that shows just how amazing and vibrant, theatre people are in Sydney. Thank you to artists, companies, publicists and punters who continue to support Suzy Goes See. Have a lovely holiday season and a happy new year! Now on to the Best Of 2014 list (all in random order)…

♥ Avant Garde Angels
The bravest and most creatively experimental works in 2014.

♥ Quirky Questers
The most unusual and colourful characters to appear on our stages in 2014.

♥ Darlings Of Dance
Breathtaking brilliance in the dance space of 2014.

♥ Musical Marvels
Outstanding performers in cabaret and musicals in 2014.

♥ Ensemble Excellence
Casts in 2014 rich with chemistry and talent.

♥ Daredevils Of Drama
Best actors in dramatic roles in 2014.

♥ Suzy’s Special Soft Spot
A special mention for the diversity of cultures that have featured in its programming this year. 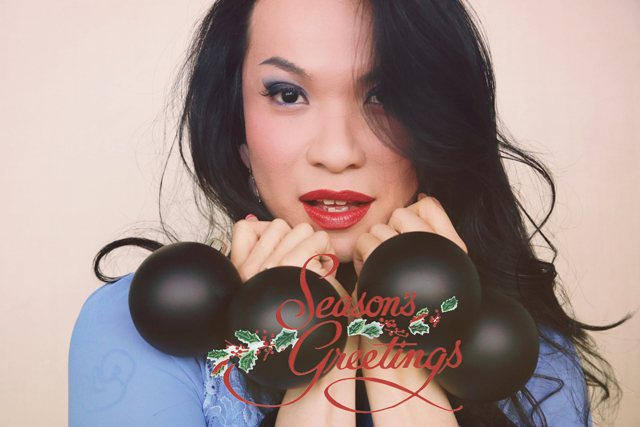 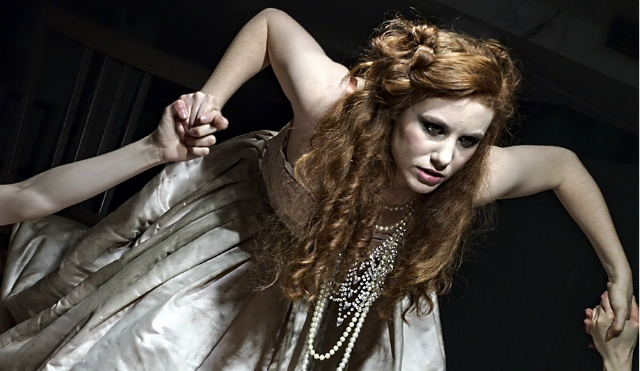 Theatre review
The art of making theatre requires the consideration of space and time. It needs to set itself apart from literature and recorded media like film and music. The audience’s immersive experience is not parenthetical or supplementary, it is central to the appreciation of a work. Michael Dean’s Phaedra uses space and bodies not only to tell stories, but also to enthrall, delight and fascinate our senses. By extensively exploring the possibilities of holding a captive audience, it does what no other art form can. Along with Catherine Steele’s design and Christopher Page’s lighting, we find ourselves inside a blood-soaked painting that is at once romantic and abhorrent. The four fabulous actors who make up the chorus are relentless in acknowledging our gaze, and the seductive power they wield, pulls us further into a world where tears are shed, blood is let and everyone loses their mind.

Phaedra’s story is about desire, its origins, its moralities, and its effects. She falls in love with her stepson, and all hell breaks loose. Phaedra struggles with her thoughts and emotions, and we examine the meanings of our own relationships with love and sex. The production’s director is part of the action, positioned behind two turntables, underscoring performances with old vinyl records that he distorts and scratches. The soundtrack is often discordant, attempting to place distance between us and the characters. We see Euripides’ universe, but we are also reminded of our realities; the two are pitched playfully against each other.

Danielle Baynes as Phaedra, exemplifies sensuality and beauty. She portrays longing and pain with a quiet authenticity, and executes stage directions elegantly. Baynes’ voice and physicality are disciplined and the actor is eminently watchable, but the show wants more intensity from her. Drama is the order of the day, and there is no limit to how much ostentation an actor can bring to the role. Hipploytus is played by the equally beautiful Richard Hilliar, whose presence almost overwhelms the tiny venue. The feminist subversion of his role gives him much to play with, and his choices are shrewd. His lines are flamboyant and powerful, but also primitive and offensive by today’s conventions. The need to be restrained in delivery is appropriate, and Hilliar finds a good balance, constantly shifting between subtlety and theatricality. Theseus is performed with strong emotional commitment by Katrina Rautenberg. It is interesting that her interpretation of the role does not obviously deviate from its inherent masculinity. There seems a missed opportunity for greater commentary on gender, but Rautenberg playing things straight displays effectively, her impressive focus and precision.

The queer aesthetic extends beyond the casting of Theseus. It informs many of the production’s creative decisions and the result is something that feels original and daring. Dean’s show is memorable and exciting, and adds to our cultural landscape, a voice that is not sufficiently represented. It espouses a different way of doing things, one that is thoughtful, spirited, and full of flair. It is irreverent and mischievous, but also dark and heavy. It is why we need the theatre. 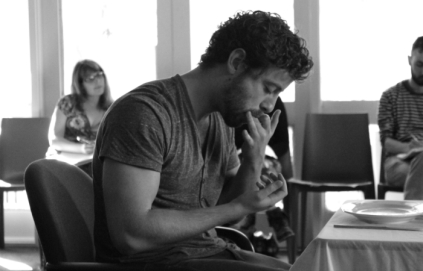 Rehearsal images above from Phaedra, from Lies, Lies And Propaganda.
At TAP Gallery, from Jul 17 – 26, 2014.
More info at http://www.liesliesandpropaganda.com/