Jace Pickard: Why should people come and see Flame Trees?
Karina Bracken: For the uncommon, yet most excellent, combination of free parking AND being a champion of independent theatre.

When did you know you wanted to be an actor?
When I was 11 years old (also intuited by Psychic Elizabeth years later).

What are your interests outside of acting?
Conducting extensive independent studies on Chocolate Cafes, daydreaming, discreetly changing the ringtone on other people’s mobile phones (always amusing when people realise that that quacking duck is actually an incoming call – everyone should try it), tap dancing, talking to myself with a different accent (currently it’s Indian with an English influence) and recycling.

You are playing a police officer in Flame Trees, would you want to be one in real life?
No.

There’s been a lot of talk about diversity in the arts, what’s your take?
Oh man! Why would you ask me this? It’s because I’m black, isn’t it?!

What I can say is that I am grateful for those people involved in the casting process who are not attached to a particular type or look, but are open to the idea that a character could be portrayed by a variety of physical appearances.

And I guess my thinking is influenced by my own family which has a little diversity of its own going on – my Indian born cousin is married to a Japanese woman, my brother’s wife is Polish, my Indian born mother has fair skin (and has been asked if she’s Italian) and my sister (who is the same colour as me) gave birth to a fair haired, blue eyed boy.

Also, I really dig the idea of subverting audience expectations. I personally would love for the opportunity to play a character with an Irish accent and not have it explained. 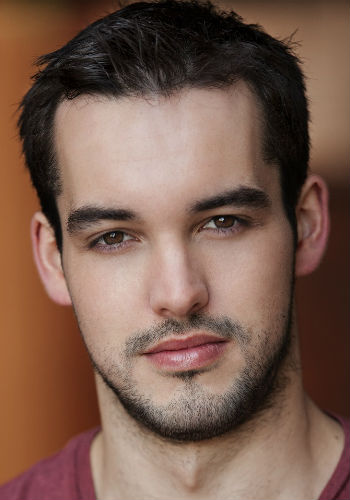 Karina Bracken: What is Flame Trees all about?
Jace Pickard: Ten years ago, a girl named Tess confesses to lighting a bush fire in her home town that killed her best friend and sent her to prison. Cut to the present day and Tess has now returned to redeem herself and make peace with those she has betrayed and left behind including her brother, her Aunty and her ex-boyfriend.

What makes you laugh?
Oh God, I laugh at most things. Even when no one has even said anything, I may just burst out laughing because I’ll be thinking of something in my head. I swear the cast think I’m insane. I can safely say that if you quote something from The Simpsons, I’ll be on the floor in laughter. I think when it comes to doing gritty drama like this production, you need to have comedy in the room and not take everything so seriously or you will just crash and burn. I am so thankful that I can have a laugh with this cast. There is so much positive energy in that room, you could never feel drained or upset when leaving a rehearsal.

Where do you see yourself in 10 years?
I’m hoping in ten years to be doing various projects nationally and internationally within the industry. Acting is very much my passion and I love doing it but I also love to write and produce. I have produced two feature films now (Lead Me Astray and Remember Redfield) and have recently finished writing a feature I hope to put into production early next year. Heck, I might even direct this time around. I have a great team behind me and we will continue to make films and entertain an audience. I’m sure within ten years time, you’ll be able to find those films (and hopefully many more) on DVD shelves or on Netflix/Stan/Presto etc. Honestly, I just hope I am still doing what I love and that is working in this amazing industry.

What is like working with the cast of Flame Trees?
What I love about working on a project is how much of a family you become with your cast and crew over the few months you spend together: Isabel Dickson (Tess) and I bonded over the fact that we both went to the same acting school when we were at callbacks and when I was auditioning with her, I knew she had the part. She is very professional and natural and it has been amazing working with her. Karina Bracken (Monica) is my other partner in crime. Both Tess and Monica play a big part in Andy’s story and it has been so much fun to work off one another in tackling very dramatic scene. There was one scene that both Karina and I did recently where all I wanted to do was run up and hug her because it was so intense. Rebecca Clay (Val) leaves me in awe every time I watch her do a scene. When working on group scenes where all the cast are together, she just gives me so much to work with when our characters are playing off one another. I am so jealous I don’t have a one on one scene with her because she is astonishing. I love pouring Ryan Bown (Matt) a fake beer every time we do a scene and I do love all my scenes with Ryan. Matt is Andy’s bro and it is so easy to treat Ryan like a brother on stage and off because he is so easygoing and lovely. Simeon Yialeloglou is our brilliant director who is so on the ball with staging this entire production. What I love about Simeon is that you can clearly see he has put the work in to making something beautiful and I really hope we are doing a great job at helping him achieve his vision.

I have saved the best for last: Wayne Tunks, the writer and producer of Flame Trees, who is also playing Nathan, Tess’s older brother. I had seen casting calls for Wayne’s previous shows in the past and I had very much wanted to work with him so I was very stoked when I landed the role of Andy in his production. He is such a nice and inspiring person to work alongside and I swear to God, you need to try his cakes. They are mouth-watering. We recently did a scene where Nathan hugs Andy and I am not supposed to respond to it, which took all my might not to hug him back because man, he gives the best hugs! Haha.

I don’t have one bad thing to say about these group of people. I am very honoured to be working with such amazing talent.

Tell us a joke… I like really dumb jokes.
I read these ones online recently: How do fish get high? Seaweed. A man was hit in the face by a can of Coke. Lucky it was a soft drink. How can you get four suits for a dollar? Buy a deck of cards.