Mansoor Noor: What role would you love to play that you haven’t yet?
Chantelle Jamieson: I’d love to play Beatrice in Much Ado About Nothing. Who wouldn’t love to be that witty.

What is a show you would never do again?
Unfortunately, Derek Walcott’s Caribbean version of The Odyssey. We did it at drama school and I think everyone involved would happily forget it. I was playing Athena and the only memory of the role I have is of putting more and more glitter on every night to try and distract from what was happening on stage.

What is something that you know now that you wish you knew when you were first starting out as an actor?
No matter how much glitter you wear, you can’t fix a bad performance.

What have you enjoyed the most about working on Belleville?
I know it’s sucky but, Claudia, our director. It’s been amazing to work with such a passionate gifted young female director. It takes so much out of you holding a team together over the journey of a show, but her indomitable attitude is infectious. Also the cast are pretty great. You’re welcome, Mansoor.

Any tips on speaking French?
When you see an ‘r’ in a word, forget about rolling it, think about clearing your throat. Comprenez vous? That means “do you understand?”… I had to use Google translate for that. 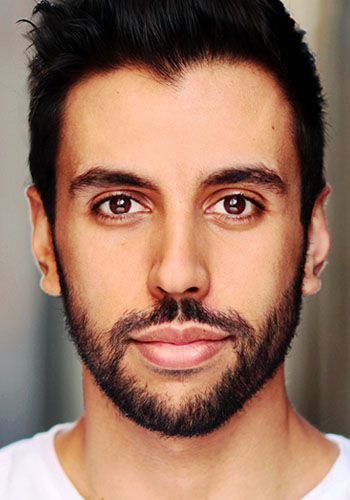 Chantelle Jamieson: If a film was made about your life who would you want to play you and who would really get the part?
Mansoor Noor: Daniel Day Lewis or Meryl Streep. So transformational. Let’s face it though, it would probably be Dev Patel. Or Joel Edgerton, #diversity

What is the most valuable experience you’ve gained from working on Belleville?
Probably having to learn lines in another dialect. I already speak a second language so I didn’t think it would be this challenging but the slightest mispronunciation can change everything. My mother actually lived in Paris for 6 years. She didn’t help me at all.

You’re also a photographer, which do you get most enjoyment out of?
Being on stage is certainly one of the most thrilling things you can experience. I think as artists we sometimes forget that not everyone gets to have the feeling of walking around on stage pretending to be other people in front of complete strangers. But I also love shooting actors’ head shots. Is this your way of asking me to shoot you some new head shots Chantelle?

Favourite thing to say in French?
It’s actually one of the words you get to say in the play. Incredible or rather, in-croy-a-ble!
I’ve started using it in my everyday vernacular.
“How is your dating life Mansoor?”
“Oh! Incroyable… bad.”

What’s the first memory you have of performance?
My debut performance was in a production of Billy Goat Gruff And The Baby Troll in Grade 6. And I think it’s safe to say I stole the show with my unintentionally Middle Eastern sounding Billy Goat.

Chantelle Jamieson and Mansoor Noor can be seen in Belleville by Amy Herzog.
Dates: 13 April – 12 May, 2016
Venue: Old Fitz Theatre