Aanisa Vylet: Hey Jeremi, what excites you the most about this production of Hamlet?
Jeremi Campese: Harriet’s performance first and foremost. But also, Peter’s vision of nostalgia incorporates projections of memories (shot on a period-appropriate Super 8mm camera!!). Placing the past in such clear view gives the present a REALLY moving poignancy at particular moments. I won’t say too much else about the projections, but they’re beautiful and work with Hamlet constantly trying to look back and remember/grieve for his father. The same for Ophelia too!

I understand that you have worked previously with Bell Shakespeare as part of their Players Education program, what was the process like and how has it contributed to your approach during rehearsals?
It was a total joy. Especially performing at regional schools: you’re often their only form of live Shakespeare (and sometimes of live performance) so they were super generous in their excitement and willingness to learn. Of course, there are down days and tough audiences — hormonal 14 years olds at 9am? Thank u next. The whole tour has just made me far more confident in myself as an actor and with the Shakespearean text. But most importantly, no audience can intimidate you after performing to some of those teenagers!

Can you tell us a little bit about your character Rosencrantz and his buddy Guildenstern?
Ros and Guil are school-friends of Hamlet’s. They probably haven’t seen him in a couple years since uni began, but the King and Queen call them after Hamlet’s behaviour becomes strange to find out what’s wrong. It’s a very fun dynamic because they’re constantly having to choose between their childhood friend and the authority of the Court.

Something that I very much respect about your practice is that you are self taught. Do you have any advice for younger actors who wish to pursue a similar path?
Acting is an applied discipline, so it’s only natural that best way to learn is just on the job. So, my advice would just be to keep yourself busy with work. If you don’t have a show lined up, go to auditions; if you don’t have auditions lined up, do workshops (ATYP run fantastic ones for e.g.); if you don’t have workshops lined up, read/learn monologues (contemporary, Shakespearean, classical). If you keep your actor-brain working whenever you can, you’ll always be improving. But also, don’t totally throw away drama school as an option: take those auditions and opportunities seriously.

Which character do you have a secret crush on in Hamlet?
WOW what a question. Maybe Gertrude. I truly think her and Claudius love each other dearly: and Lisa McCune (who’s playing her) and I agree, she was definitely a party animal when she was younger! 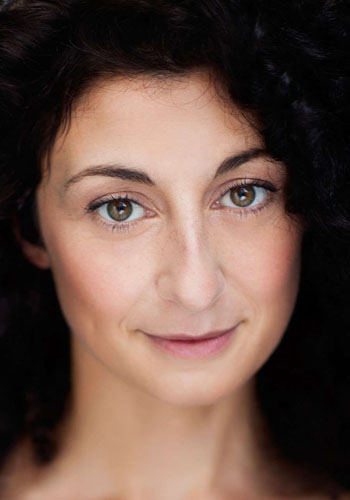 Jeremi Campese: What excites you most about this production of Hamlet?
Witnessing Harriet Gordon Anderson play Hamlet and seeing Peter Evans’ vision for the work unfold. What excites me the most about this endeavour is both Harriet and Peter’s commitment to drawing out Hamlet’s humanity. It is the first time I have witnessed Hamlet being played by a woman and I hope it is not the last.

The Mousetrap is a huge plot point in the play, and Shakespeare builds up to it a fair bit. Without giving too much away, what’s your vision for it in this show?
Hmmm…. Our collective vision is a melange of John Cage, Merce Cunningham, Martha Graham, Russian Absurdist Theatre, Ballet, Greek Tragedy & Comical Historical Pastoral Theatre.

Much of your work has been on contemporary and your own, new work (The Girl/The Woman was amazing). How have you found working on a classic text with such a long history of performance and study?
I will let you all in on a little secret – as a high school student I was terrified of Shakespeare. I am also an advocate of creating new work (as I truly believe we are the Shakespeare’s of our times). So… when I auditioned for this production I decidedly went in as my true self, with my truth and my interpretation of the text. I was deeply impressed with the collaborative approach of the Company. I felt at home as an artist and I quickly realised that we were creating a new play from an old story and I could still bring my artistry to it and I could learn quite a lot from the process.

I still believe we need to continue to create new stories that reflect the cultural sensibility of our times but I have also realised these stories have their place too. I believe the text, the world within these plays inspires audiences and speaks to the humanity in many people. The fears of “not knowing enough”, “not being articulate enough” or “stuffing it up” have calmed down due to these realizations, the help of generous cast members and an incredibly supportive company. And in terms of dealing with a text that has had such a long performance history… well… for me every text is up to interpretation.

Who’s your favourite character in the play?
Hamlet. Hands down. The first play I had ever seen was Bell Shakespeare’s Hamlet, directed by John Bell. I was in year 10. I related to Hamlet so much… I could not understand why. All I knew was that I couldn’t shake the feeling that something hidden within me was laid bare on stage.

QUICK! The Aanisa Vylet biopic is being made: who do you want playing you?
A chorus of women of colour speaking in voice.