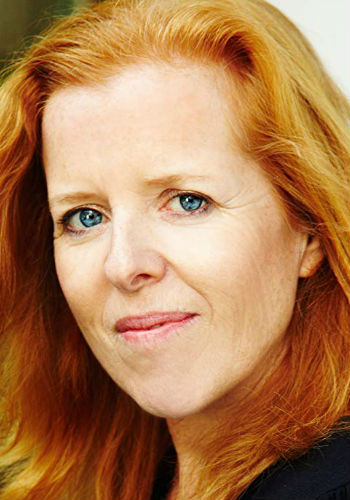 Patrick Jhanur: What do you love about the Australian theatre community?
Di Adams: I love that there are actors, directors, creatives who move between mainstage and independent productions dependent on the work and the company. There appears to be a level of respect for good work that allows this to happen. In the independent sector I am constantly impressed that so many people work so hard to put on a show with virtually no money, relying on so much good will and just a drive to produce theatre. I love being a part of these shows because everyone is giving their time, and everyone is so committed because why would you do it for nothing if you didn’t love it?

What is the most surprising unscripted, unexpected moment you’ve experienced on stage?
I did a play a few years ago with an older actor and we had the final scene together. A few moments in she suffered a mini stroke and could only tap my arm. At first, I thought she had completely forgotten her lines but then I realised something was wrong. I had a brief moment where I thought – should I stop and ask if there’s a doctor in the house? But I just went ahead and did a 2-person scene basically as a monologue. A friend in the audience had no idea anything had happened and neither did my fellow cast mates backstage. The actor was fine the next day, but it was terrifying at the time!

What are your top tips for approaching a new Australian work?
Be open and prepared for changes! Also make cuts with a pencil cause they’re likely to find their way back in to the script. If the writer is involved it’s great to have a good
relationship with them so you can discuss and suggest what works and what doesn’t. We’ve been so lucky having Angus around and so open to making the play the best it can be.

Who would be your most influential sport role model?
I’m not a sports fan so this is hard. I guess I would have to say Adam Goodes purely for the dignified way he handled the horrendous racist treatment he received during his career. It was inspiring and it showed him to have more humanity than any of the people who vilified him. And I’d mention Ian Thorpe for his bravery and his support of youth with mental health issues as patron of Reach Out.

In Australian Open, your character embarks upon a spectacular adventure, what would be your dream trip of a lifetime?
I’m not really into adventure holidays. Give me a big city and lots of walking & eating/drinking local specialities. That said – I’ve always wanted to sail around the Greek Islands and swim into the beach to a little Taverna with delicious food waiting.

Di Adams: Do you feel any responsibility doing a new work?
Patrick Jhanur: Absolutely, it’s a huge honour being a part of a completely new Australian story. The ripples of new Australian work tend to inspire different, fresh and often subversive perspectives within our theatre community and cannon. It’s so vital that these new works continue to occupy creative space with diverse and authentic Australian voices so as to create a self-sustaining and perpetually evolving industry.

There’s a line in the play about training, focus, competition, is this applicable to acting as well?
I like to put myself through a bit of a boot camp in the lead up to a gig. I might be a bit of a hermit in the weeks preceding and keep to a consistent health and fitness routine. Nothing too hectic! My day starts with 1200 crunches, 750 push ups and 18 Weetbix drizzled with organic honey from Amazonian Bees.

What is the difference between working in main stage and independent theatre?
I think independent theatre demands phenomenal stamina. I love the rigour of this creative process where in everyone committed to the gig is doing their job with less of many variables and luxuries you’re afforded in a main stage show. The sense of camaraderie amongst this chaos is wonderful. Often, plays we see on indie stages are new, untried or tested so you become very dependent on the trust built between your ensemble and fellow creatives.

If you could be in any play anywhere, what play and where?
Performing on the West End in London is my highest ambition. I also have this extravagant fantasy of one day performing in a play at the State Theatre here in Sydney. It’s such a spectacularly grand and beautiful space. I couldn’t choose between Holding The Man or Death Of A Salesman. They’re both incredibly influential plays for me and hold such great sentiment in their teaching me of the power and beauty of storytelling and theatre.

How do you feel about the sweltering conditions and harsh summer heat that tennis players compete in the Australian Open and could you do that?
A game of tennis in 35+ degree heat doesn’t sound too bad for a six figure plus pay day! I do love working under extreme pressure or uncomfortable circumstances or conditions. I’ve done a few touring gigs where things have gone awry and the pressure to make it work no matter and get the job done is thrilling!

Spoke with @jkerrison for his podcast #OutInSydney thanks John! 📷 @robertcatto
@wazzaandrew and I agree that @venenolaserie on @abctv is this year's best! Join the chat Tuesdays on @joy949drive
New addition to my "wall of fame", remember to catch @venenolaserie on @abctv #iview, it's beyond beyond ❤
Booked myself in to see a show 26th Oct @hayestheatre... 4 months after the last bit of theatre. It's exciting, but also a bit scary.
I've just heard that #ChrisHo has succumbed to cancer. I'm not one to think of death as a necessarily bad thing, and for a great person like Chris, who has done so much as a rebel and agitator for ultra conservative Singapore, I tend to believe that death is a sort of reward for those who are too good for this earth. Of course we would benefit from having him stick around for a little while longer, but I can only imagine the exhilaration Chris is experiencing right now, as he approaches those pearly gates, finally seeing the paradise he had talked about all this life.
#nowspinning @ngaiire #vinyl
Also made a nice connection with @Eugyeene Teh after admiring his work for many years ❤ thanks again to @diversityartsau and @audreyjournal read up on it at audreyjournal.com.au
On behalf of @diversityartsau I spoke with several artists about their work during lockdown... check out my close friend @cat.vandavies (AD at @redline__productions and actor), who shares her thoughts about making art during these challenging times! Thanks to @audreyjournal for publishing the piece ❤ see it at audreyjournal.com
5 eliza st 107 projects 2013 2014 2015 2016 2017 2018 2019 2020 2021 atyp bakehouse theatre company bell shakespeare belvoir belvoir 25a blood moon theatre bondi feast bondi pavilion theatre brevity theatre cabaret carriageworks comedy dance darlinghurst theatre co drama emu productions ensemble theatre erskineville town hall eternity playhouse griffin theatre co hayes theatre co jackrabbit theatre kings cross hotel kings cross theatre king street theatre mad march hare mardi gras 2014 montague basement musical new theatre nida parade theatres old 505 theatre old fitzroy theatre outhouse theatre co pact performance art play red line productions review roslyn packer theatre sbw stables theatre seymour-centre siren theatre co sport for jove subtlenuance sydney sydney festival sydney fringe 2013 sydney fringe 2014 sydney fringe 2015 sydney fringe 2016 sydney independent theatre company sydney lyric theatre sydney opera house sydney theatre company sydney university dramatic society TAP Gallery theatre the depot theatre the factory theatre the genesian theatre university of sydney walsh bay wharf theatres