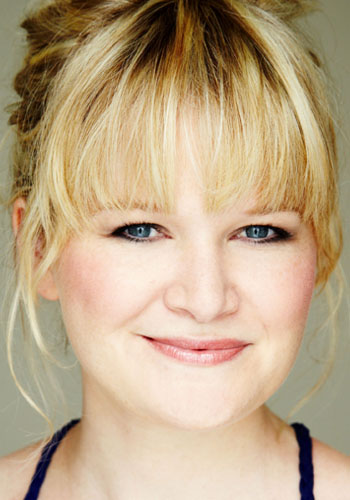 Wendy Mocke: Morgan my dear, there is a line in Britney Spear’s song ‘Radar’ that states, “confidence is a must, cockiness is a plus.” Describe Home Invasion using a title of one of Britney’s songs.
Morgan Maguire: Hmmm so many options… I’m going to have to go with the seminal work that is ‘Crazy’. Hopefully the home invasion would not intensify to hit me baby one more time, I was born to make u happy or I’m a slave for you.

This next one may be a deeply personal question but I want you to feel as comfortable as Tom Cruise did when he jumped on Oprah’s couch. What do you think your dance style says about your personality?
Hmmm thanks for being so respectful of my personal boundaries Wendy. I feel my dance style could be described as “thrusty chaos” (often without the support of proper underwear). So I like to imagine this says “that Morgan, she’s a thinker…”

In 2016, Danielle Bregoli famously stated, “cash me ousside, how bow dah”. What do you think was outside?
Her and cash?

In 1988, Paul Abdul released her smash hit single; ‘Opposites Attract’. According to science, this theory is false. Who are you most likely to believe, Paula Abdul or science?
Paula because she was dueting with an animated anthropomorphic street smart hip hop cat and it was implied that they had an intimate relationship so she obviously has a strong grip on logic and reality.

Besides me, who in the cast or crew are you most likely to have as your idol and why?
Wendy, are you flirting with me?

Morgan Maguire: Oh hai Wendy, so I figure this is my *ultimate* chance to channel James Lipton from Inside The Actors Studio… tell me – what is your favourite word? What is your least favourite word?
Wendy Mocke: Wow, you jumped right in there didn’t you? Such a personal question… I consider myself more of the silent brooding type, you know the type that lounges in old leather chairs, face lit by ambient mood lighting, listening to James Blunt whilst tossing back a few bourbons and getting lost in a sea of my own emotions. Speaking of emotions, my favourite word right now is ‘raclette’. If you’re not sure of what that word is, google it, you can thank me later. My least favourite word is ‘couscous’. I’m immediately sceptical of something being so nice they named it twice. It’s presumptuous.

What’s your guilty television indulgence?
Umm, well Morgan, I would say guilt is not an emotion I like to carry around with me #NoRegrets. However to answer your question, I’ll throw into the ring the Chinese dating show called If You Are The One. Witnessing public rituals of humiliation, camouflaged as a romantic quests is somewhat awkward and uncomfortable – much like how I naturally get around in life.

What profession would you not like to do?
Probably a high school maths teacher. No parent should ever entrust me with their teenager’s secondary maths education. It’s like asking Donald Trump to tell the truth.

When did you last sing to yourself? To someone else?
Well Morgan if you must know, I sang to myself and my neighbour only just twenty minutes ago. My neighbour wasn’t a willing participant to my singing, they happened to be collateral damage. I’m confident they’ll thank me later after the initial shock has worn off, I’m a lot to take in.