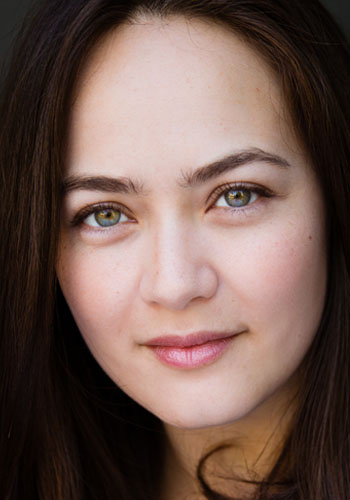 Danen Young: This production has a cast of 17, how have you found working with such a large group of
actors?
Laura Djanegara: Everyone involved in this production is really fun and easy to work with. Although on
stage, I only really work with a few actors in terms of engaging with them in performance. The few
moments where we’ve had all cast involved, the only thing I needed to work on was being 100% sure where
I needed to be and where I was going to avoid running into people. It took a little while to get to know the performers on this production due to the size of the cast but entering tech week we are all bonding more as an ensemble.

Many scholars regard The Winter’s Tale as one of Shakespeare’s “problem plays”. What have been some of the biggest challenges so far in bringing this story to life?
With quite a lot of Shakespeare productions, and indeed with this one, there are a few cuts to the script to ensure a good running time of the performance. One of the tricky things this leads to is getting the full character arc because you lose moments or dialogue that may have assisted. I think this play has managed to work around that. It means having a really clear understanding of turning points in the script is essential. Knowing what you are doing and why and where you change your mind etc. This should be the case with any show but especially with Shakespeare or heightened language. Understanding the thought process of your character and getting the speed of thought is important.

Your character is Camillo, traditionally a male character. What would you say to those who argue
against the changing of a character’s gender?
In 2017 and among theatre practitioners I can’t really imagine anyone arguing against gender fluidity in
performance. Especially in a Shakespeare, whose performance history is littered with gender changing,
having initially had all characters played by men. If I were to encounter anyone who would oppose I would
be happy to discuss it. I would ask ‘Did you lose the meaning of the play through having that character
portrayed by someone of an opposite gender?’. If anyone still argued against it I would encourage them to
have a more open mind.

Shakespeare’s works are 400 years old. Why do you think he is still so oft performed, and why do
people place such a high value on the importance of his work?
Shakespeare’s writing is just beautiful. 400 years on, he still manages to write in a way that is
accessible even though the circumstances might be so far removed from what we now experience. I think he
is performed because there is still so much we can learn from his writing. It is also crucial to understand, appreciate and respect the history. Shakespeare, for me and I’m sure many others, stands out because of his masterful use of the English language.

What’s your go to easy snack for rehearsals?
I am not much of a snacker to be honest. I’d probably have to say coffee if I had to pick. Can’t function
without my good friend caffeine. 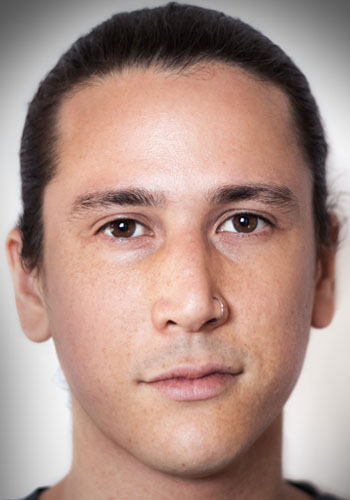 Laura Djanegara: Can you explain the basic plot of The Winter’s Tale without using the letter e (except when in a characters name i.e perdita)
Danen Young: Good pals King Leontes and King Polixenes bond in Sicilia. 9 months pass. A baby is within
virtuous Hermione, Leontes’ Lady. Leontes flips out, angry, and says the baby is Polixenes’. Suspicious of an affair, Leontes throws out the child, and puts Hermione in jail. Leontes grows in confusion and hurt, and bad stuff occurs. 192 months pass. Perdita (Leontes’ banish’d baby) is now grown, living a lowly life with Shepherd and his son Clown in Polixenes’ Kingdom. Perdita wants to marry Florizel, Polixene’s son. A party is had, drinks had, goods sold, songs sung and young luv burns bright. But! Polixenes is not privy to this fact that Perdita is actually King Leontes’ banish’d baby, and so forbids said marrying. Polixenes flips out, and things start falling into… You must go to show to know what flows on from this.

Your character is a troubadour of sorts with a slight case of kleptomania. How do you relate?
Well I love songs for their story telling capabilities. Music and poetry are wonderful vehicles for ideas
and expression, and even more fun when the character is cheeky. As for the kleptomania, mainly I steal
things accidentally. Usually lighters.

Why do you think it is important for audiences to see this play? What universal themes still ring true?
I feel like The Winter’s Tale is not as well known as some of his other plays. It’s an eclectic mix of action, thriller, drama and comedy, with a bunch of very fun and interesting characters. In a way its a sort of coming-of-age story, with Time passing o’er 16 years, and we get to see the long term effect of making heavy decisions on a whim based off an emotional impulse.

This is your second production with Secret House, what are your favourite things about working with this production company?
Secret House are incredible. I only came in late to Cymbeline last year with these guys, but it was clear from the moment I stepped in to the rehearsal room that they were focused on putting on the very best show they could. Jane and James really love bringing theatre to the people in Sydney, and that’s infectious. Also, their sets are incredible!

In Shakespeare’s times all female roles were played by men, if you could play any female character from any of his plays who would you pick and why?
Female role. That’s tough. There are so many strong female roles. I would have say a tie between
Helena or Hermia from A Midsummer Night’s Dream. I’m a huge fan of the Lovers’ scenes from that play, and the girls always stand out for me with their passion and fire, but also how they love and get hurt. For me they would just be a joy to play.

Laura Djanegara and Danen Young can be seen in The Winter’s Tale by William Shakespeare.
Dates: 27 Sep – 7 Oct, 2017
Venue: The Depot Theatre