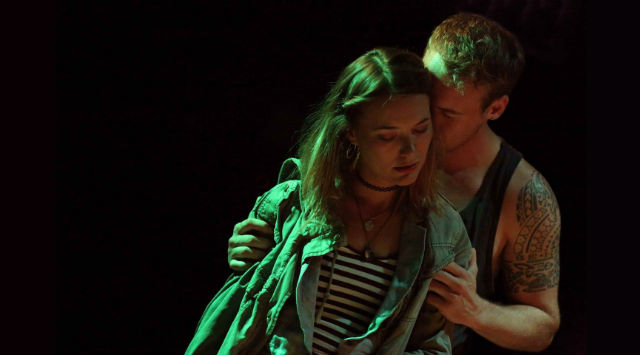 Theatre review
Human sexuality is a fascinating subject. Each individual’s bedroom inclinations vary as widely as the way we eat our food. No two appetites are exactly the same, yet we think of sex as a universal experience, and its taboo nature means that we rarely discuss its nitty-gritty at depth, choosing instead to imagine simple paradigms that would apply to every person. In Anthony Neilson’s Year Of The Family, sex is anything but normative. Its characters indulge in secret intimacies, and as we observe the functioning of each libido, connections are made with the unfolding dysfunctions of their family lives. Neilson appropriates the theatrical quality of that relationship between family and sex for a text that is tragic, comedic, and many shades in between, to reveal the repercussions that can occur as a result of familial breakdowns. His writing is playful and dynamic, but also surprisingly delicate. It broaches difficult subjects, but refuses to be exploitative or sensationalist.

Richard Hilliar’s powerful direction brings intensity to a staging that seeks to simultaneously entertain and provoke. There is an adventurous streak reflected in the clever use of space, especially in scene transitions (with the help of Liam O’Keefe’s very effective lighting design), along with a relentless and captivating energy to his creation that makes for compelling viewing. Hilliar’s sensitivity to dramatic tension is the production’s greatest strength, and the results are very satisfying indeed.

The cast is uniformly lively and focussed, but some roles are interpreted with more resonance than others. Brendan Miles provides intrigue and an appropriate restraint to the mysterious Henry. It is an understated, and literally quiet, performance that offers a counterpoint to the other larger than life parts, but Miles leaves a strong impression with the presence and precision he brings to the stage. As the manic Felicity, Nicole Wineberg is responsible for the more euphoric portions of the show. The actor presents a wildness that alternates between comical and terrifying, and provides the production with its delightful yet volatile spirit, but the role could benefit from greater emotional complexity.

The people in the play are troubled. They are trapped in heartache, unable to be released from the past. They form their own re-enactments of broken histories in cathartic attempts to move forward, but are as yet unsuccessful. Nevertheless they continue to strive, even if wallowing is part of the process. It is fact that we do not choose our families, but debatable whether we can be free of them. There is little happiness in Year Of The Family, but it is us who must decide where and how the matter of choice figures in their respective narratives, and then in our own lives, reflect on the ways we are entrapped, voluntarily or otherwise.