Annie Stafford: If you were to be trapped in a room with someone, who would it be? (And you can’t say me.)
Tommy Misa: I spend a lot of time alone and tend to figure things out solo so I would prefer to have a doggo with me! Humans are unreliable.

Betty Breaks Out deals with stereotypes and breaking forth from those roles, what stereotype or role are you currently enjoying breaking out of?
In my own life I am very comfortable in my self. In my acting I am enjoying breaking free of the stereotypes of what masculinity can look like, it comes in so many different expressions and different genders and finding ways to show what exists outside of what society deems “masculine” is freeing and sexy!

Who were the heroes and heroines of your childhood?
Growing up I didn’t see many queer or brown characters on screen or stage so my heroes were those I knew. My mother, my grandmothers and all the strong women who taught me what I know… oh and Queen Latifah.

Through watching silent Films for research and inspiration, what are the top 3 things you’ve taken away that you want to implement into your performance?
1. Physicality was so camp and melo-dramatic! I’m here for that.
2. Show, Don’t tell – We are told this so often but when you have no dialogue you really have to bring it back to basics.
3. The way men/women navigated power dynamics of characters depending on gender, I want to flip all that shit on its head.

Have you ever met someone (famous or not) that you had a perceived idea of what they would be like due to their roles or public persona, and have them either confirm your idea of them or completely dash it? Without naming names. Or name names.
Yes – I had seen you all up in my socials all booked and blessed and I was all like “Who is Annie Stafford she seems so together and friendly” turns out you’re both those things plus more and share my same love of boiled eggs. 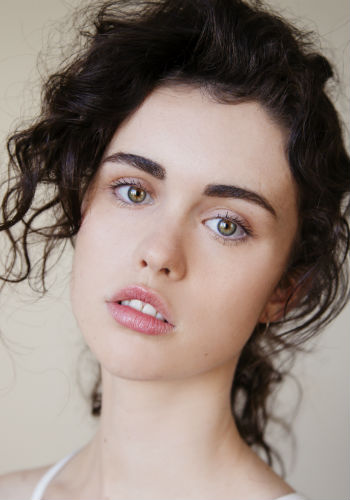 Tommy Misa: Annie, your grandmother was an actor in the 40s/50s, what has changed since then for women in the industry and what things still need to change?
A voice. On and off the stage I would say. My grandmother was an incredibly headstrong woman, and no doubt would have brought that to any stage, but not all female roles were written as such. Women characters were more often than not merely facilitators of the male characters story, the beautiful detailing around the edges of the pages of their life. I believe we have a long way to go in regards to accurate but also interesting representation (of everyone) for I feel we are still suck in a stereotypical idea of what and how we represent.

Betty is a strong and spirited character who voices struggles of that era. What are some of her obstacles that you resonate with?
Betty is bold and ambitious and I think both those traits even now are tough to navigate which feels absolutely ridiculous. Boldness being seen as entitled , rude or aggressive instead of strong, assertive or impressive (I just rhymed and I’m totally okay with that). Ambition being seen as cold, harsh and selfish, instead of brave, determined and inspired. And so in fear of being seen as dominating or pushy, Betty (and myself from time to time) squash this radiating drive that gives us purpose and a sense of fulfilment just to remain approachable, likeable, accepted. Well to hell with that Betty ol gal. Ambition is hot!

What are you most excited about audiences seeing in Betty Breaks Out that may be new to audiences?
The fact that we’ve picked up form and thrown it at a wall. And I’m going to leave it there…

What have you enjoyed/struggled with in the rehearsal process?
I’ve really enjoyed the physical work we’ve been doing. As a wise legend once said “Show, Don’t Tell” – Tommy Misa 2019, and I think we’ve found a lot of freedom and inspiration in that. Also having the playwright, Liz Hobart, in the room has been a dream and Ellen Wiltshire (our director) with her divine energy, has given us so much room to play. Struggle… nope. Its been a dream. You’ve been a dream Tommy, especially with your boiled eggs.