What’s it like working together?
Eden Falk: I’ve known Charlie for like 15 years, we’ve always been at the same parties and we now both have kids, so now we’re at the same kids parties. But we’ve never really worked together and I’ve always wanted to. And its been super fun, I can’t remember the last time I enjoyed making a play as much. Sometimes rehearsals can feel like a bit of an uphill battle, but this room has felt endlessly playful, partly due to Charlie’s sense of humour and also to the team of wonderful actors he’s assembled. It’s been a real work in progress and the script has grown as we’ve reacted to it as actors, which has also been part of the fun. The show is ultimately an adventure love story, and so playing with the rules of those worlds and developing our characters with Charlie’s insane mind has been a real joy.

Favourite thing about Charlie?
His unashamed delivery of line readings. He knows these characters inside out and could kinda play any of them. Which means his direction is from the inside out and that’s lovely to work with. Seriously though, there was a moment in rehearsals where I thought he was going to act out the entire show as a monologue and I was like yep I’d pay to see that.

Why did you say yes to the show?
I’ve always admired Charlie as an actor, I wish I was 10% as funny as he is. So when he asked me to be in his funny play I couldn’t say no. I also think he’s written a really clever exploration of identity, love and self belief. It works on many levels, the ridiculous, the comical, the fantastical, the sublime. I can’t wait to share it with people.

What is the biggest challenge when playing your character Dan?
This is the kind of show where the characters don’t always know exactly what’s wrong with them until it’s too late, so one of the big challenges has been not to over think that too much. As actors, we have to live in the moment as it happens, line by line. With Dan, there’s a lot of inner conflict that surfaces later in the show, but it works better if that isn’t played too heavily in the early scenes, which is in some ways different to how I’d usually approach a performance. But it’s also incredibly liberating; there’s a lightness of touch and an ease in the storytelling. You can just let go and let the play do the work.

Do you share any similarities with Dan?
Yikes. There’s a few – which considering he kind of becomes the anti-hero of the play (spoiler alert) is somewhat hard to admit. He’s pretty conflicted. Social media frustrates him and yet he spends all day in front of a computer. I don’t necessarily hate social media but I’m not crazy about it and having spent my early twenties without it I miss the days when we didn’t have so many ways to “connect”. But I can also sympathise with his need to escape these things, he just takes it way too far. It’s all about balance, and maybe Dan is yet to figure out what that is. I feel for the dude. 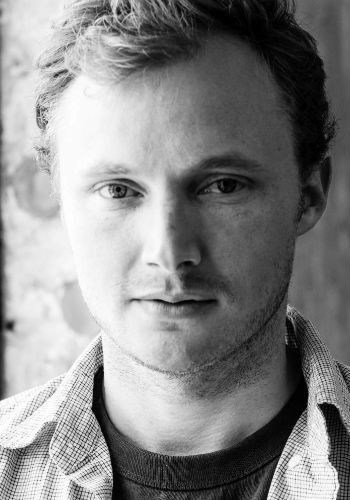 Why did you want to write this play now?
Charlie Garber: This play came about through wanting to write an adventure. A big show. I don’t know if I’ve achieved it at the quite the scale of storytelling I was hoping for but its still pretty big. I wanted to create a comedy epic – ridiculous, yet real. Big ideas, fun ideas, big scenes, big moments, yet funny and all that. to sucker punch the audience with stuff after opening them up with comedy.

Why did you want to write and direct?
I wanted to get the show up with a minimum of bother. If I’d been sitting next to a director who’s making their own mark on the play while I’m also revising the writing in rehearsals it could have been a difficult. Its an independent show – it has enough hurdles already. It’s not an artistic piece, it’s a comedy that needs to be staged simply. I’m not really a director. I’ve devised and co-directed a lot of stuff so I sort of know the ropes (and I’ve been directed by good directors) enough to get the thing up.

What’s it like working together?
Eden is great to work with. We worked together ten years ago on Summer Folk directed by Eamon Flack which went on in Belvoir’s big rehearsal room for a week. Eden is a secret comedy weapon. He’s got great everyman appeal but with a strong sense of the ridiculous. He also has a lot of theatre experience so there’s a great short-hand. We’ve seen a lot of each other’s work so we sometimes know sooner what the other is trying to achieve.

What is the biggest challenge when directing an epic, adventure comedy in the intimate downstairs Belvoir space?
The biggest challenge is treading the fine line of comedy – the epic and the ridiculous, getting performances which make it real yet slightly self aware. But these actors are gung ho masters of the art so we’re all good. Seriously I’m blessed with this cast to make the inherent ridiculousness of the show work.