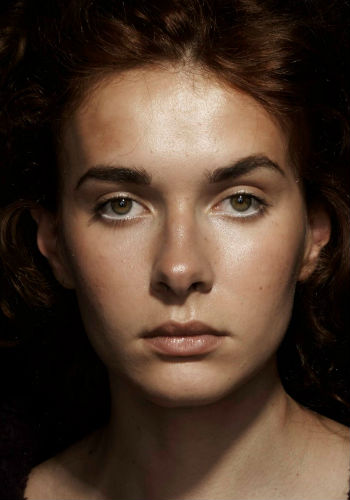 Joshua McElroy: When did you first know you wanted to act?
Janet Anderson: I think because I was lucky enough to grow up in New York I was, in a way, immersed in the top brass of the theatre world. After that I think it was inevitable. I come from a very (and I mean very) large extended family and grew up singing and performing with all of them. So I think it was kind of born into it. Fun Fact: A Star Is Born is actually based on my life. What really cemented it for me was going to Newtown High School of the Performing Arts (as did Meg Clarke and Jack Walton) and being surrounded by so much talent and passion made me realise that that was the career for me.

Is there anything about this show that scares you?
Absolutely. When I first read the play I remember having to physically put it down and hide under my covers for a breather. There is a particularly gruesome and shockingly graphic depiction of the Kennedy assignation that put a few knots in my stomach. As well I think because Philip Ridley leaves a lot of the play vague, it leaves the audience wondering and jumping to the worst conclusions they can come up with. But after digesting the play a bit and getting past the surface level shock, Philip Ridley has really masterfully and in some ways beautifully used language to show how this world is collapsed into basic human instincts. In the end of it all, the play is essentially about this make-shift family trying to learn how love, and learn what family means in this absolute shit-show which Southend London has become. The truly scary part is that the plot is not far fetched at all, the kinds of language and acts depicted are a reflection of what truly happens when a society reaches boiling point. We saw it in Rwanda, in Guernica, in Vietnam. I think it should scare us all.

Do you have any pre-show rituals?
None that come to mind. Maybe I just haven’t done enough shows to develop one. I try to get more zen then hyped I find. With a show as visceral and emotionally draining as Mercury Fur though, I think the cast should begin by shotgunning a red bull, or taking an ice bath while simultaneously being tasered in the chest, something to that effect. And not just the cast. Im advocating that the audience come prepared with a paper bag and a defibrillator just to be on the safe side.

How many stars out of 5 would you give yourself as an actor?
6/5. I would say 7 but modesty is one of my many talents.

How many stars out of 5 would you give yourself as a person?
2/5. Would not recommend. 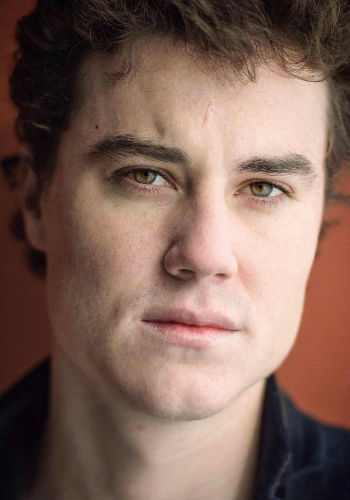 Janet Anderson: Why is this play important in the social climate we’re in now?
Joshua McElroy: Mercury Fur is straight up offensive which I think is great. I’ve always delighted in watching people become outraged. Call me sick but ever since being a little kid watching people who have the luxury of taking offence (aka my parents whom i love) squirm at “swear words”, “unnecessary” violence or sex would always bring me great pleasure. I guess I never understood why? In all honestly I still don’t understand. The classics are full of this stuff. King Lear pulls his eyes out. Medea slaughters her own children. Incest etc. KXT has a great fire escape if someone sets the theatre on fire I reckon most of us would survive. Maybe not Meg (Naz) but then again… she’s expendable 😉

What is your character motivation in the play? How does he fit into the piece?
I don’t want to give too much away but I am looking to fulfil a dream. Loose myself for a night. To immortalise a moment that is at the highest corner of the human experience. He is the final and most horrifying piece of the hideous jigsaw puzzle.

What is the favourite role you’ve played?
I like playing bad guys.The most fun I have ever had playing a role was in a development of show called Follow Me Home which featured a hyper aggressive abusive young man who was looking for his girlfriend on a train carriage at 2am.

What do you hope audiences will take away from the play?
As the heart is home to love, so does it house evil.

How would you survive the apocalypse?
What kind of apocalypse? I reckon for most types of apocalypses the first thing I would do would be grab my compound bow and knife. Steal my roommates motorbike because… fuck him he has a car. Wiz around and make sure a few mates who aren’t Meg and my family were okay and then fang it out west to the farm. Grab a big supply of tinned food, vegetable seeds, magnifying glass, bells and fishing line. Then head up into the mountains after grabbing some ammunition and a gun and set up camp on a hillside plateau near a natural spring. Set up a perimeter from there with the fishing line and the bells. Live off the the land. BOOM. COME AT ME APOCALYPSE.