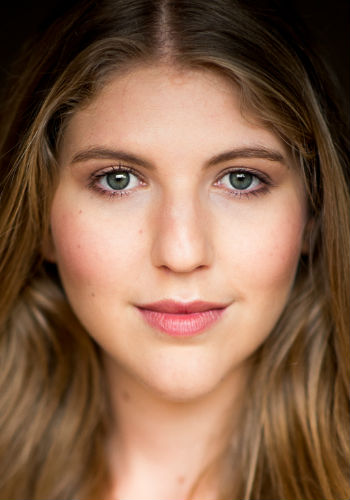 Megan Wilding: What has been the best piece of advice you’ve ever heard?
Stephanie Somerville: Probably something Rick Brayford, the head of the Aboriginal acting course, at WAAPA told me before I went for my call back for the acting course. I was super, super nervous and he said to me “It’s your land, now go act those little white girls off the stage.” I find myself saying that to myself a lot; it grounds me, gives me confidence and makes me laugh.

Do you have a mantra you say to yourself before you go on stage?
“It’s your land, now go act those little white girls off the stage.”

What has been the most exciting thing about bringing A Little Piece Of Ash to life?
I’ve never gotten to work with a writer/director on a play before. It feels like such an enormous privilege to help a friend and someone who I admire so deeply tell her story.

Do you have a good warm-up song that you blast before a show?
I usually have a little playlist for each show I do, and I’ve got a few already for A Little Piece Of Ash. It’s a lot of country music, but ‘G.U.Y’ by Lady Gaga is always a great one to get the blood pumping.

Why should people come and see A Little Piece Of Ash?
It’s a deeply touching and hilarious play about the absurdity of life, death and how we deal with it. It’s written by an incredible new talent. It’s powerful, it’s truthful, it’s Aboriginal and it’s completely unapologetic.

Stephanie Somerville: What first made you want to start writing?
Megan Wilding: Ever since I was a little anxiety-riddled kid, I found it hard to express what I was feeling. I discovered at quiet a young age that I could explore things that that were going on around me that I didn’t really understand through writing and making stories. As I grew older and became more aware of the theatre industry, it was just a natural progression that my writing turned into plays and performance poetry. It’s nice to give my feelings to characters and let them explore the extreme. Writing A Little Piece Of Ash certainly helped me understand my feelings towards loss and love a lot more.

Why did you feel it was important for you to also direct A Little Piece Of Ash?
Can I say I’m a bit of a control freak? A Little Piece Of Ash is my first little trauma baby, and I wasn’t ready to give her away just yet; I wanted to see her take her first steps and start to walk. Also, I’ve wanted to pursue directing for a while and this presented itself as a really great opportunity to jump in. Hopefully from here some more opportunities will come along.

What’s one thing you wish people talked about more?
Everything. Treaty, trauma, and truth. But more importantly I wished more people listened when someone spoke. It’s scary how much talking is done to blocked ears.

What do you hope audiences will take away from the show?
That there’s no one way to grieve; that you can and should reach out if you need to; that love can be expressed across time and space.

How do you unwind after a long day of writer/actor/directoring…?
I’ve watched every season of RuPaul’s Drag Race at least 5 times. Honestly, that show with all feathers and fierceness helps me switch off every time. Or a nice, hot, eucalyptus bath.