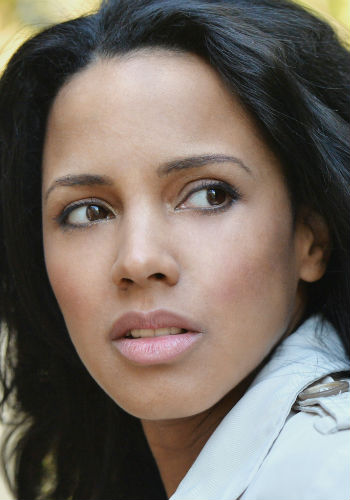 Lauren Richardson: Chantelle, what do you love about AFL?
Chantelle Jamieson: Well I grew up in Melbs, so love of footy kind of just seeps into your skin. I’m a huge bombers supporter having grown up in Essendon. There’s nothing like turning up at Essendon station on game day decked out in your black and red, and finding hundreds of others wearing the same colours as you. They are your tribe. And growing up being one of the only black kids at my school (the others were my sisters), it was really important to feel like you belonged somewhere- we belonged as Essendon supporters.

This play deals with many themes and one of them is ambition. It seems like there are many things your character would’ve liked the opportunity to tackle but she hasn’t. Are there things you’ve always wanted to try but haven’t and what’s held you back?
My character Mel is a WAG married to footy player Vance Arrowsmith (played by Andrew Shaw) life should be good, but she is deeply unhappy with where she’s ended up and constantly looking for the root of where it went wrong. I find it heartbreaking. There are always shoulda-coulda-woulda-didn’t-don’t moments in everyone’s life, but I haven’t really felt those to the kind of level that Mel does. It would make life unbearable.

Having a game plan and being strategic is essential. So let’s get analytical. What are Chantelle’s strengths and weaknesses?
Strength: finding a way to answer a question that might get too personal without actually answering it.
Weakness: wanting to avoid answering those questions.

What did you dream of becoming when you were small?
Like most kids who aren’t psychopaths- I loved animals. So I wanted to become a vet. My mum warned me that that would involve cutting animals open. So I dropped that idea. Then I wanted to become a jockey because that would mean working with horses. Mum warned me that I’d have to whip the horses to make them run fast. So, I dropped that idea too. My mum issued no warnings about becoming an actor.

What are the parallels do you think between footy and theatre?
For the audience, it’s a communal experience, the atmosphere is never exactly the same at every show or at every game. You have to be there to feel it. 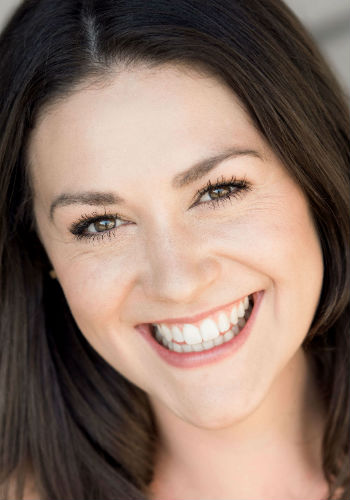 Chantelle Jamieson: Fierce is the story of Suzie Flack’s journey as a woman in a men’s AFL team, what has been the most challenging part of (corny pun alert) tackling this role?
Lauren Richardson: Suzie Flack is a character that has muscled her way, elbows out, into an environment that doesn’t expect or welcome her. But she stands her ground. Without apology. And I think that’s a task women aren’t always encouraged in. So I guess for Lauren the actor, backing myself. Standing my ground. Not diminishing. That’s felt confronting in rehearsal… but also exciting.

I know you grew up in NSW, what was your AFL knowledge like, going into Fierce?
Nil. Nada. Zero. I knew who the giants were and who the swans were. And that the guys that played were generally pretty lean, athletic and attractive. But the game itself made no sense to someone who grew up with “proper football”, the one with the right shaped ball [ie soccer] the beautiful game as my Dad calls it. I looked at AFL and it made no sense. We’re in an oval?! People are coming from all directions?! The balls bouncing all over the shop?! It just seemed like anarchy. But I’m a total convert. I think Aussie Rules is bloody brilliant now.

Suzie Flack is a super athlete, how have you gone about physically preparing for this role?
Go hard or go home hahaha. Obviously I’m an actor not an athlete. That being said, I’ve entered into a pretty rigorous physical engagement with my body throughout rehearsals. I’ve learnt how to box, as that’s something my character does. And unexpectedly I’ve fallen in love with it and have lofty aspirations to get in the ring competitively now. We’ve been lucky enough to get cast personal training from Spectrum Fitness so just clocking hours at the gym. We also got to go behind the scenes and watch GWS women’s team during training sessions which has been invaluable. And then just kicking the footy in the park with the boys in the cast who are very skilled and who have been very patient, kind and generous with me, a total novice. Oh, and protein shakes.

You worked with Janine Watson as an actor in Sport for Jove’s Three Sisters, how have you found working with her as a director?
Working with Janine has been a dream. We met working together as actors and since then have been firm friends, but it’s been a delight to become collaborators and co conspirators on this project. I have so much admiration and respect for her as an artist and as a woman. And working together has been challenging and exciting and incredibly fulfilling. I’ve loved every moment.

What can audiences look forward with Fierce?
It’s an exceptional piece of writing. A new Australian play that defies easy categorisation. Every scene surprises. It’s funny, physically dynamic and incredibly moving. And plus there’s some Justin Bieber in there for good measure!!!