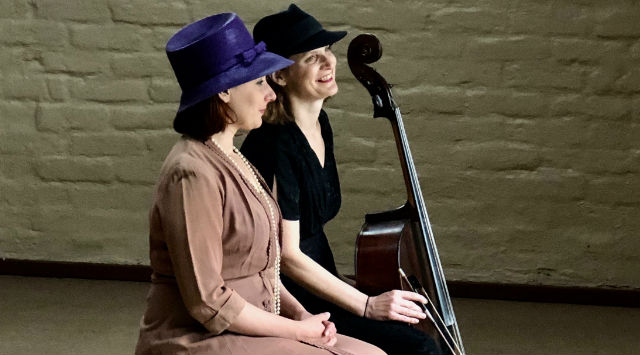 Theatre review
Mary Alice Evatt was wife to Doc Herbert Evatt, Australia’s Minister of External Affairs during WWII. When the USA first lady, Eleanor Roosevelt arrived on our shores for a Sydney visit, the two women struck up a friendship, and in Petat Tait’s Eleanor & Mary Alice, we watch them bond over being married to power, both keenly aware of responsibilities they have to manage. They talk about art, politics and justice, finding solace in a mutuality based on implicit understanding. The play imagines, in a charming realistic style, conversations that could have taken place, but in the absence of more audacious artistic liberties, the cultivation of dramatic tension becomes a challenge. The personalities are fairly likeable, but they exist in a world too distant, and we fail to find enthusiasm for either of their narratives.

Deborah Leiser-Moore’s direction attempts to deliver a sense of unconventionality by immersing the actors in the aisles, and having them perform very close to the audience. The unusual positioning of their physical presence helps prevent monotony, but it is arguable if the imagery being created, is actually effective in keeping us engaged with Eleanor & Mary Alice. Actor Petra Kalive exudes a warmth that makes Mrs Evatt seem a empathetic character, whilst Sarah McNeill takes a more formal approach for Mrs Roosevelt. They establish an enjoyable rhythm with the dialogue, aided by cellist Adi Sappir who provides ethereal accompaniment throughout the piece.

The production is staged on the occasion of the 70th anniversary of the Universal Declaration of Human Rights, as developed by the United Nations, through the original committee of which Mrs Roosevelt was head of. The concept of human rights is as resonant today as it had been all those years ago. Even in the most peaceful of countries, we remain vigilant, wary of how people’s freedoms can be encroached upon, usually in surreptitious ways. In the name of security, of religion, and of tradition, we seem never to be able to stop the urge to oppress. Minority groups especially, are constantly in danger of being identified as enemies du jour. Old war stories can sometimes be uninspiring, but they all remind us of the monsters within, the ones who wait for moments of careless negligence, to once again rear their ugly heads.