Jordan Shea: What makes Cascadia different to all your other work?
Harry Milas: It’s surreal and it’s got a narrative. It’s also got a director (who I adore and deeply respect) and he’s keeping me focused on what’s important, what’s real and what’s valuable. Orson Wells said that the problem with magicians is they try to do everything alone. I can count on one hand magic shows that have had a director. Also I hate magic shows that are just “Look how clever I am” or god forbid making birds appear to music. There’s no connection to the audience at all. No contact. Cascadia follows a journey I took with a fascination for making things vanish from childhood to present day and the audience feature heavily in that every step of the way.

What animal would you like to study in depth if you had the money and time?
That is a very difficult question and I really had to think about it, and I think my answer is the Bonobo. They are incredibly good at forward rolls, and general movement. They’re also our closest living relative and are deeply interesting. They also need help as their numbers are dwindling. I’ve been to The Democratic Republic of the Congo briefly and I’d love to go back and really soak it up.

Magic is timeless. It’s been around or thought about since people have co-existed. This new show, how does it appeal to a theatre-going audience?
Because it’s theatre. It’s theatre that happens to be a magic show. Magic seems steeped in tradition and stuffed with clichés but there are always new ideas and breakthroughs coming to the surface. People who call themselves magicians comprise a wide range of styles and personalities. I’ve written the show from the perspective of a writer and performer who happens to be a magician. But let’s be honest the appeal is mostly going to be people wanting to see how I’m going to make a volunteer vanish in that dark basement of a theatre.

What was the first piece of music you ever heard that really said something to you?
I remember my brother giving me a copy of Boards Of Canada’s Music Has The Right To Children when I was about 11, and the track “Telephasic Workshop” just kinda fucked me up in the best way. I remember I got so excited when I listened to that song for the first time that I did a forward roll and my headphones came off! That is an incredible album that’s overflowing with wildly creative and brilliant electronic music.

Have you ever met Don Rickles? If so, give me a brief run down of how it happened?
So strange you ask me that. I have met Don Rickles, yes. On my first trip to New York I went to see the debut production of A Behanding In Spokane, then Martin McDonagh’s newest work. It had Sam Rockwell and Christopher Walken in the two main roles. It was my first broadway play and I was very excited. The play was fantastic and the production was amazing (Walken did some of the best non-acting acting I’ve ever seen) and after it finished I was expecting everyone to run out to the stage door, but instead they were all milling around in the stalls talking to someone. Turns out it was Don Rickles, who I have loved since I was a little kid. He was a total mensch and was shaking everyone’s hands. I managed to have a quick interaction with him as he left the theatre, and the most amazing part was instead of getting in a car he just did a forward roll and was somehow really far away at the end of it. I’ve never seen anyone move that quickly and he was really old at the time!! 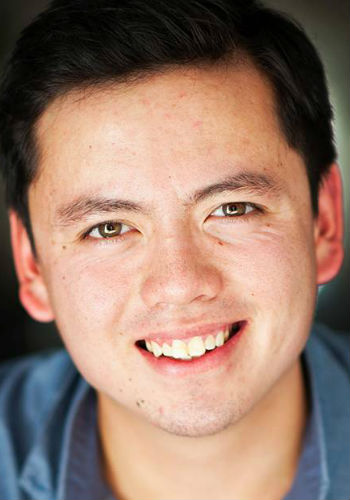 Harry Milas: Do you know how Harry is going to make the audience member disappear?
Jordan Shea: I don’t. But that might be a lie. Harry’s practice, to me, is about the possibility he might be making all of this up. I won’t know until we’re there, present, in the moment, as to how he will make this person disappear. All I know is he will do it, and probably make you have a good laugh and maybe be a little scared doing it. I don’t think a lot of conventional plays or performances can do that-but Harry and his magic can.

Cascadia is a wildly different direction for you. What drew you to the work and why is it important?
Because it’s a challenge. I don’t know if I’ll ever do something like this again. As a director and maker, it’s important to challenge yourself and just do different things. It’s weird. It’s important because it is in no way preachy but at least it’ll make you think for a while after. I like one man shows as well, I think if you can find someone who can intimately hold an audience for 30 plus minutes, you should collaborate with them-because you can learn a lot.

What is a film you think is massively overlooked?
The Swedish film As It Is In Heaven. We saw it around my 12th birthday at the Orpheum and it is a film of such nuance. Go download/buy/google it.

What do you reckon about… I don’t know…the lockout laws?
I think most decisions by NSW Liberals since their election in 2011 (including the lockout laws) are the most poorly thought out pieces of legislation in the history of our state. I don’t understand the government’s tact or ethos because they don’t really have any at all, and I think they are just blindly ruining this state year by year.

When was the last time you actually took a break pal? You’ve been working real hard for a long time now.
I went on extended holidays in June/July and it made me realise I need to do that more. I’m training as a school teacher next year, and hopefully I can afford to take at least two weeks somewhere. I try to go once a year, somewhere. I think everyone working should. No matter where you are, there’s more to see.