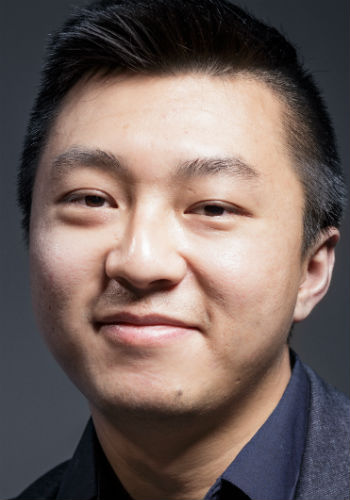 Olivier Rahmé: If you could play any one role in the show, which one would it be?
Alex Mau: Queenie, of course! Who doesn’t want to play a blonde? Queenie is such a wonderful, three-dimensional female role, something we could do with more of in theatre! When the party is lit, Queenie is living her best life, sassing it up with her BFF Kate, throwing shade at the grand dame Dolores and killing it with her signature dance move, the “Black Bottom”. Come dawn, Queenie breaks it down with the most poignant and touching ballads in the show, alongside the gorgeous hunk Black. Queenie has so much light and shade, it would be so amazing to play her but, fortunately for you, I won’t be doing that and, instead, you’ll have triple threat and all-round superstar, Georgina Walker, portraying this once-in-a-lifetime role!

Which role excites you most in the rehearsal room? Why?
The director! I am in awe of how our director, Alexander Andrews, always does unique and refreshing takes on classics, such as Little Triangle’s inaugural production of Sunday In The Park with George and its sophomore production of Merrily We Roll Along. He encourages the cast to bring themselves to the characters, creating really interesting and fully-developed interpretations of characters that could otherwise be simple caricatures. I couldn’t stress enough than audiences should see this production of The Wild Party – not only is it a rarely produced musical in Australian theatre, you’ll definitely want to see what Alexander Andrews does with this amazing material!

What’s a funny/crazy/interesting thing you’ve picked up on in the rehearsal room?
The Chorines are like the bubbly and hilarious Greek Chorus of The Wild Party (portrayed by Victoria Luxton, Matilda Moran, Sophie Perkins, Jordan Warren & Rosalie Neumair). Being incredible dancers, our fabulous choreographer, Madison Lee, has given them heaps of intense and electric choreography that it feels like they’re doing full-body workouts throughout the entire show! It’s crazy how effortlessly they smash that chorey and then go on to belt those group numbers like they eat dissonant harmonies for breakfast – #goals. Keep an eye out for what I think is one of their funniest dance moves (in the spirit of 1920s vaudeville), which I would describe as a cross between the spread eagle from Chicago and squats in the air – yes, I can see you trying to picture it, but you’ll just have to come and see it for yourself!

What do you think the audience’s reaction to The Wild Party will be?
Michael John LaChiusa (composer and lyricist for The Wild Party) is well-known for writing complex theatre scores so I think audiences will be expecting some very challenging, intellectual theatre. Alexander Andrews has taken an interesting and refreshing interpretation of bringing out and focusing on the human connections between the characters so, while the music is still technically difficult (which, as a pianist, I love!), I think audiences will be surprised by the humanity and rawness of the story and the characters. Prepare for side-splitting laughter and tear-jerking moments, it’s gonna be a WILD PARTY! 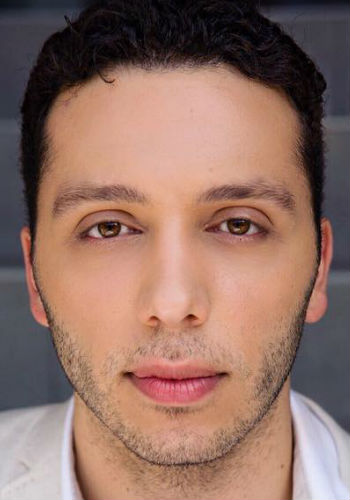 What drew you to The Wild Party and why should people see it?
A lot of my friends have worked with Little Triangle before, so I was thrilled, humbled and so excited to be a part of such a reputable company. People should come to the show because of the impact a show like this can have on you – that’s what I love about theatre. As actors we hope the audience members gain something from the performance; to leave with something to think about & to be impacted. I truly believe The Wild Party succeeds in doing this.

What surprised you most about The Wild Party and what do you think will surprise audiences the most?
I love how meaty some of the roles are and how the actor has so much to play with. The script offers a lot and doesn’t box any character into being one thing. Many of us show all sorts of colour, which I love. I think the audience will be surprised by the level of talent – So. Many. BEAUTIFUL. Actors! And the voices are really shown off. My hat goes off to the production team for their casting.

Tell us a little about your character Eddie and how your approach to the character has changed over time.
When I first started reacting to the energies the other actors were giving me and read the script, I thought… Eddie is awful. What an awful man. Perfect. I can do that! But exploring his journey more and trying to figure out why Eddie does some of the things he does, I’ve now realised; Eddie isn’t a bad person. He is a defeated person who does a horrific and unforgivable thing. He struggles a lot with his identity and doesn’t quite know how to be happy – constantly masking his unhappiness and failures by blaming how life turned out on his beautiful wife Mae (Emily Hart). Sidenote: Emily’s belt may or may not be a solid and definite reason you need to see this show).