Mark Paguio: Who has been your biggest influence in your career so far?
Yerin Ha: My biggest influence would have to be my Mum. I’m very grateful that she has not once questioned my career path but instead, always supported me in every way that she can. She even convinced me that I should study acting in Korea because of my Asian background. Even though those were some of the toughest years of my life, I don’t regret it one bit as it made me learn more about who I am, my culture, my language and potential opportunities for me overseas. She has also been the biggest support in my life and has played a major role in moulding me into the performer and woman that I am today.

What do you think is missing in the Australian performing arts sector right now?
Authentic stories, especially for people with culturally diverse backgrounds. If we want to see more people of color on stage and screen, it begins with the writing and producing. But if
there are no writers to write these authentic stories and no producers willing to take risks, it’s just going to be the same stories done by the same people. It would be nice to close the gap
with new voices, new faces and new stories. If you weren’t acting, what field would you be pursuing? I think I would be a baker/patisserie chef. Weirdly enough I get such a satisfaction from
watching/actually putting icing on cakes until it’s smooth with no bumps, and decorating it with whatever you want. The options are endless.

If you had the opportunity to play a role you would never be able to see yourself play, what would it be and why?
It would have to be Debbie Reynold’s role in Singin’ In The Rain. One of my all time favourite movies. I would love to be able to play alongside Gene Kelly and Donald O’Connor who are two of the most amazing actors back in that time. The songs and the dances just fill me with such joy when I watch the film, but I couldn’t see the industry accepting that role being played by an Asian women (still to this day).

What attracts you to the headphone verbatim technique and does it differ from a conventional play – from an actor’s point of view?
The process and art form of collating the material for headphone verbatim, and being able to share real stories told by real people intrigues me. These are stories from people you see on
the streets and the technique of headphone verbatim reminds the audience that everybody has their own history and stories, which I feel like we tend to forget as we get caught up with our own lives. I think it does differ for an actor when working on a conventional play, as you’re not bringing options to the floor about how you think the character would behave or talk. Headphone verbatim is a technique that requires you to find character nuance and gesture through voice and intonation. It is a form with so much potential to tell authentic stories, yet is so scarcely seen in Australia. 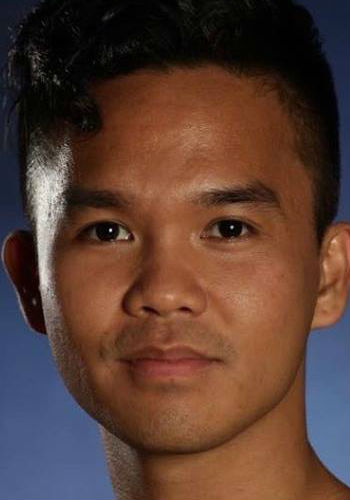 Yerin Ha: What are some of the challenges you face being an Asian actor?
Mark Paguio: I could write a whole essay on this, but given I hate writing essays I won’t. Other than the usual things such as lack of opportunities, prejudice, lack of trust in the bankability of Asian actors etc., I think the lack of accessibility of audiences outside of the white, middle-aged sector to theatre presents a huge problem. It’s a beautiful thing to see yourself or your culture being represented, but when you simply don’t have the funds for – or exposure to – inclusive theatre, it hinders the ability for the industry to grow in a way that addresses the other issues which I have stated. We need more Asian audiences, too! Of course, this issue extends to other actors of colour, actors with disabilities, trans actors etc.

If you could rewind time and change one thing what would it be and why?
There is an infinite amount of things that I would go back in time to change, that would either be beneficial to me in my adult life (i.e. forcing my younger self to play more sports so that I can learn to catch a damn ball in my drama classes), or beneficial to the world (i.e. stopping colonisation because I’m capable of that apparently). But the first thing that comes to my head would be to go back to a particular day in primary school, where the savagery of my 12-year-old self lead to a friend crying because he felt ridiculed from a joke I had made. I felt awful, but this was the first time, to my knowledge, that my words had severely hurt another person, and because of this I was frozen with shame. So I walked off, while my other friends consoled him, without a proper apology. The guilt of that still haunts me to do this day. Let’s make things clear, though. Realistically, I wouldn’t go back to stop myself from making the joke. I would go back to make sure that I apologised.

If you could spend one day with your favourite actor what would you do?
I would spend a day pampering myself because I am my own favourite actor. Kidding. I wouldn’t say I have a favourite actor because there are so many to choose from, but I would love to go to an all you can Korean BBQ with Timothée Chalamet. Firstly, because I would love to pick his brain as a young actor who is killing the game. Secondly, because he seems like a pretty energetic, humble, and intelligent dude that would chat the night away (and chatting over great food with my friends is my favourite pastime). Thirdly, he’s a huge Cardi B fan and I think we’d really vibe together.

What aspects of headphone verbatim do you find most appealing?
Finding the character from text is a process. A huge process where you get to explore and play. Once you get to show it in front of the audience, all the work becomes so rewarding. Naturally, with any process like that it comes with its trials and tribulations. The beauty of this work, and hearing these voices being played in your ear in real time means you get to just dive into their rhythms, energy and lives with ease. All you have to do is connect.

What excites you most about having a career in the arts?
Other than living in fear about when my next paycheck will be, the most exciting thing about having a career in the arts, at least right now, is that the zeitgeist is heading towards an industry that wants to tell stories that reflects the people within the society and the world we live – or that it now wants to tell stories that go beyond the world we live, but is inclusive of the people within our world – despite race, religion, sexual/gender identity, ability etc.

Yerin Ha and Mark Paguio are appearing in I Walk In Your Words, directed by Kristine Landon-Smith.
Dates: 9 – 11 May, 2018
Venue: ATYP