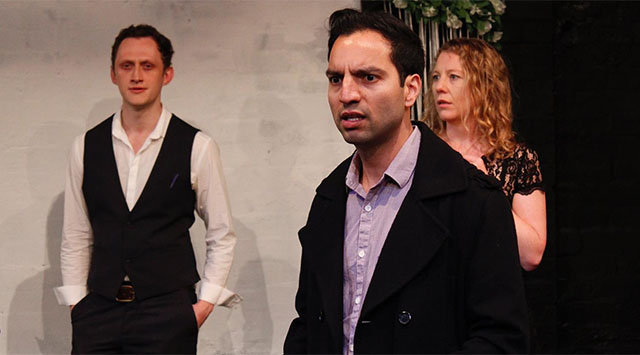 Theatre review
The play is almost a hundred years old, but the action is set in a distant future. Karel Čapek’s Rossum’s Universal Robots was a work of science fiction from 1920, credited to have introduced the word “robot”to the English language. It is that old chestnut about us versus technology, a narrative that relies on our often irrational fear about the human race being destroyed by artificial intelligence. Innovative a century ago, Čapek’s writing is now dreadfully naive, with outmoded arguments that fail to present as legitimate concerns.

The production is earnest, but more than a little rough around the edges. Its drama never manages to engage, and we never know if its comedy is intentional. Performance styles are incongruent, with each actor doing the best to their individual ability, resulting in a confused composite that amounts to a fair bit of tedium.

In a world that continues to struggle with overpopulation, anxiety about human babies no longer being born in Rossum’s Universal Robots is laughable. It does however, draw attention to our narcissism, and our arrogant attitude and belief that we rule this earth. We think that we own everything, that we are a sort of master race that has the unassailable right to occupation and sovereignty. Čapek imagined catastrophes of his future, but he never foresaw the simple idea, that it is not technology that will eventually bring us to our knees, but nature itself, who will prove to be bigger than us, while we languish in feign surprise, of its might and authority.