Rupert Reid: What attracted you to the role of Alice and the play originally?
Kate Bookallil: I really admire Alice’s stillness and dignity. I don’t want to give too much away, but Alice is surprising and I love her because she knows who she is and has a lot of self respect.

I was attracted to the play because it makes me laugh at, question, contemplate, challenge, bask and despair in all that makes us fallible human beings. The writing is witty and direct, playful and confronting. Penelope Skinner has written a play with women at the centre, but it is also a play about men and society at large and how we will choose to move forward.

In what ways do you relate to your character and differ?
There are many parts of Alice’s story that align closely with my life. Of course, there are many differences too. In terms of character, I would say that I am envious of an aloof quality that Alice possesses that I have never been able to achieve, no matter how hard I have tried. I am all open book and Alice is far more contained than I am!

Why does Oliver describe Alice as “not unstable… sensitive”
Alice would not want to be described in such a way and does not see herself like that… I think that’s a question for Oliver! Alice is trying to conceive a child, so she’s under a certain amount of pressure… let the audience decide why Oliver would describe his wife in that way!

What kind of experience do you think will people have watching The Village Bike?
I think The Village Bike will be a great conversation starter. Hopefully it will encourage the audience to step up and decide if we are happy with the place of women in our society and if not, what are we going to do about it? I have three children and I can’t help think about them and the digital world they will become teenagers in and my role in helping them navigate their way through the matrix. Hopefully the audience will enjoy themselves too, as it is a really funny play! Come in a big crowd and see where the discussion leads afterwards!

Have you ever combined apple with peanut butter? If not, are you serious!? Why not??
Of course! I love apple and peanut butter together. I also love peach and feta. Vegemite and cheese. Lemon and sugar. Gin and tonic. 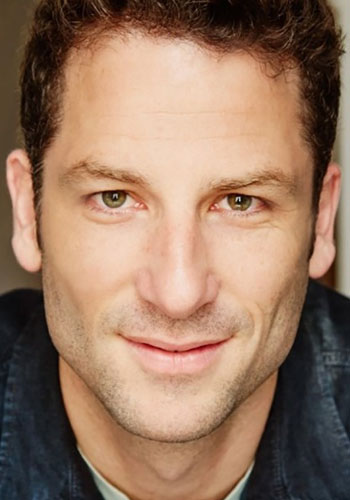 Kate Bookallil: What attracted you to the role of Oliver and the play originally?
Rupert Reid: His sense of fun and disregard for social norms which are both important thematically to The Village Bike. Oliver is a fascinating exploration of how subtle (and not so subtle) language we take for granted can be used to manipulate and control. What attracted me to the play was the ease and economy of the writing. Ms Skinner has asked us to challenge our preconceived notions of womanhood, motherhood, manhood and sexuality in one fell swoop while maintaining darkly comedic tone that intensifies to the last moment of the play.

What does the bike mean to Oliver?
Sex

Do you have a favourite line in the play and if so, why?
John’s line ‘Let’s put these bitches away’. (or something close to that). It’s just so wrong. Brilliantly out of left field in the moment it’s said and both hilarious and shocking in the same breath.

What does a perfect day off look like for Rupert?
Run, swim and about 4 hours of guitar playing.

Who should come and see The Village Bike?
Everyone. Except my parents. It’s a bit raunchy.