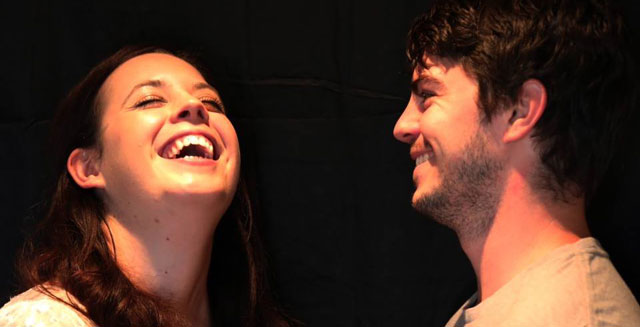 Theatre review
Art should be created by anyone who has the desire to do so. Some would argue that the artistic process can sometimes be found in a vacuum, but performance, by definition, requires an audience, and this in turn implies that communication occurs, and the presence of that audience is often taken into consideration by the artist.

Wonderland is written, directed and performed by Alexandra Howard. It is a personal work by a very ambitious young woman about love and romance. She digs very deep for her creation, and there is a strong sense of catharsis about her expression, but its intensely introspective approach makes connection difficult. Howard is earnest, but she is also highly idiosyncratic. Without a greater effort to understand how her work is read, she often leaves us high and dry, and frankly quite uninterested in the show’s two characters or what they have to say.

Max is played by Samuel Doyle who shows surprising conviction and confidence. He works intelligently with the strengths and weaknesses of the script, and finds moments of drama to give the production some much needed variation in tone. There is no doubt that his potential is clearly on display, and would benefit from stronger direction and a more interesting story.

Memories of young love usually fades with time and maturity. It is easy to forget the range of emotions that comes only with youth, but they are represented in Wonderland. Sophistication and humour, however, are not often found in the young, and in the theatre, they are indispensable.