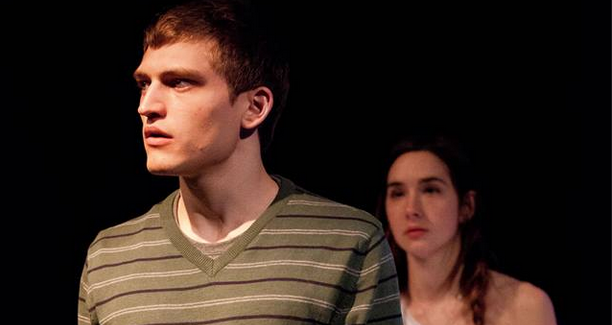 Theatre review
The “nurture vs nature” debate is always a lively one, so building a play around that theme almost guarantees an exciting and instantly controversial exercise. Director Luke Rogers’ take on Fireface is powerful and thought-provoking. He deliberately restricts his work from providing easy answers, relying instead on the strength of the questions themselves to captivate his audience. Arguments and counter-arguments are presented with subtlety, producing theatre that is cerebral and discursive.

Set design is beautifully simple. The director’s use of the awkward wedge-shaped stage, basing all the action around a singular big table shows talent and thoughtfulness. Lighting and sound are pushed to their limit in terms of how much they can be utilised in what is essentially a narrative based play. They add to the drama, and assist with the innumerable scene changes in Von Mayenburg’s script, but are at times too noticeable and distracting. The final moments are fractured by several successive black outs, which unfortunately impede the story from developing with a greater sense of urgency.

Darcy Brown stars in the lead role and turns in a stunning performance. In addition to his enigmatic charisma, his artistic choices always feel just right, and the character he has created is simultaneously strange, compelling and frightening. James Lugton plays the distant, withdrawn father with painful accuracy. His role might be characterised by stupefying inanity, but the actor’s every appearance is entrancing. This is a strong cast, and their cohesion within the show’s unusual style and tone is thoroughly impressive. Together with Rogers, the work they have created here is intellectually demanding, and an artful triumph.