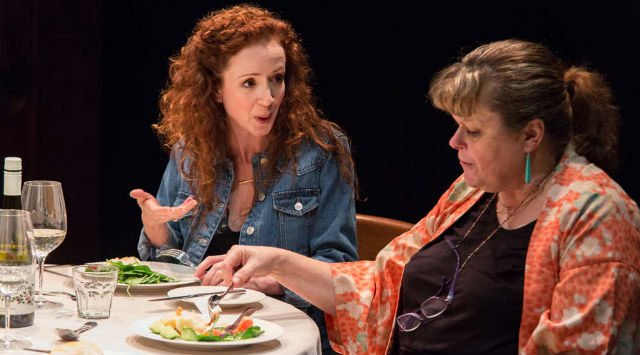 Theatre review
Billy is the only deaf person in the family. His parents have gone to great lengths to make him feel part of the roost, no different from his siblings, and have brought him up to communicate by lip reading and speaking, both of which he does inordinately well, without ever having to learn sign language. Billy’s father, Christopher is determined to prevent his son from facing undue limitations in life, and has restricted Billy’s access to communities of the hearing impaired, which he considers to be restrictive and confining.

Nina Raine’s Tribes is a study of how people form attachments and associations, and the human need for a sense of belonging. It offers marvellous insight into lives of people who do not have the same hearing abilities as the majority, and through Billy’s story, we come to an understanding of the tensions between mainstream privileged existences and people on the fringes who experience the periphery of society. The script is comprised of exceptionally vibrant dialogue, with intriguing issues that deliver an enlightening and contemplative theatrical experience.

The production identifies the main concerns of Tribes and handles them well, but the family’s subtle dynamics require sharper elucidation. It is a complex play with complicated personalities, and although the main messages are relayed beautifully, its many smaller details if better defined, would produce a richer result. The strong cast keeps us deeply engrossed, with Genevieve Lemon and Sean O’Shea leaving remarkable impressions in the parental roles, both exuberant and mesmerising with their stage presences. Ana Maria Belo’s depth of emotion is powerfully affecting in scenes of melancholy, while Stephen James King has us endeared to the purity of his character’s demeanour and intentions. Completing the team of five are Garth Holcombe and Amber McMahon, with charmingly idiosyncratic and amusing interpretations of Billy’s problematic siblings.

When we find places that offer acceptance, they inevitably impose limitations upon how we perceive our own identities and potentials. Therein lies the conundrum of society. People are bonded by commonalities, but these same valuable qualities that are shared, can also be the linchpins that keep individuals from greater development. Groups have rules, and those rules will suppress uniqueness and originality. Geniuses are often lonely, but those who know to be dichotomous can have the best of both worlds, and if Billy plays his cards right, he can learn to have his cake and eat it too.