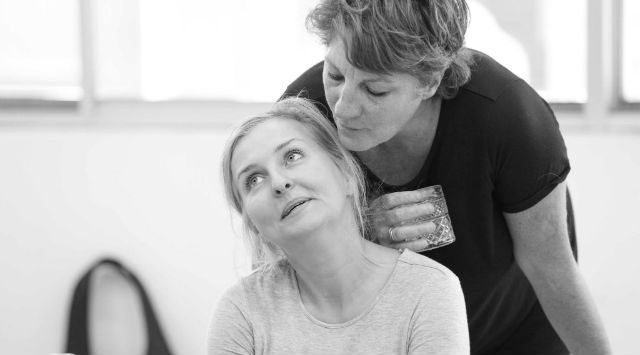 Theatre review
Sister George is a real piece of work. A radio star adored by many who know only her fictitious persona, George is insufferable for those who have to be in her actual presence. Fame gets to people’s heads, and our protagonist is a self-obsessed monster who uses and abuses all in sight, especially her doll-like lover Childie, a feeble woman struggling to discern love from exploitation in their codependency in 1964 London.

In taking on the responsibility of playing George, Deborah Jones is required to portray villainy in a way that is both repulsive and compelling. Jones does not quite reach that level of starry charisma demanded of her role, but it is a believable performance which brings up the right issues of contention and asks appropriate questions regarding power imbalances in same-sex relationships. Natasha McNamara’s work as Childie is authentic and complex, with a conflicting duality that provokes us into considering the meaning of love, and the many scandalous forms of its manifestations.

The women in The Killing Of Sister George explain the way they treat themselves and each other, but they do not explain their lesbianism. Peter Mountford has ingeniously reached back 52 years to find a text that allows an expression of gayness that is above the need for justification, and beyond our tired boundaries of sexual differences. This is no “tragiporn” that feels emburdened by its mere existence to make itself accountable to some vague authority of social expectation, but gives voice to real personalities who rarely find their way into our run-of-the-mill narratives. It is a juicy story about love, sex, power and fame, except believe it or not, there are no men in it.