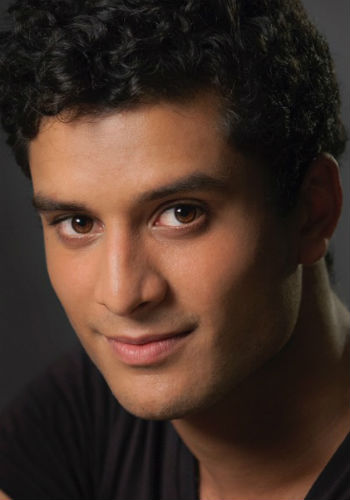 Hannah Waterman: What made you want to become an actor?
Shiv Palekar: I was a pretty silly child, I was naughty, I’d always play the fool and get in trouble lots. I think I recognised it for the first time when my cousins would ask me to pretend to be Mr. Bean, because I realised that doing something performative or out of the ordinary could make people happy or have some kind of effect on them. So I think I always was performative in some kind of way, I wanted to be a musician throughout high school until I got cast in a school play when I was in year 10. My mum forced me to go in and audition for it and I was hesitant and almost didn’t show up, but during rehearsals for that show I realised that I loved playing slightly outside of reality and I could get paid to essentially keep being a naughty boy.

What drew you to this play?
I hadn’t worked all year, and I really wanted a job. I was sick of being a waiter and so that’s what initially drew me to it. I served Lee Lewis a few times at the cafe I worked at and so maybe that’s why I was asked to audition. That’s the honest first part of my answer. But of course I read the play and fell in love with it and what it says and all the rest of the things that an actor would usually say. But for real, Kendall has written an incredibly beautiful story of a young woman and how she navigates her life with mental illness and that made me want to be a part of this great new Australian work. I’ve also wanted to work with Lee for ages.

Is this the first time you’ve worked at Griffin?
Yes and hopefully not the last.

Do you think the industry needs to change in regard to casting people of more diverse backgrounds?
Yes.

Where do you see yourself in 10 years?
Hopefully not being a waiter. Maybe I’ll have a child? 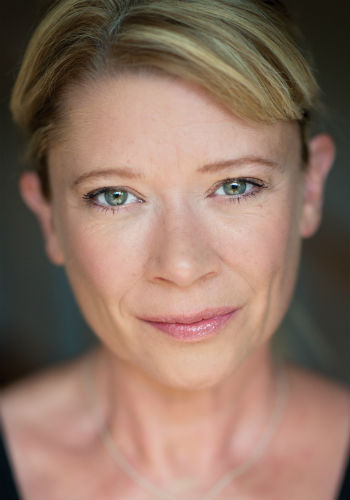 Shiv Palekar: What music have you been listening to lately? Have you used it as an ‘in’ for the play?
Hannah Waterman: I tend to listen to whatever is in my library whilst cooking. It’s more of a relaxation thing and a release than an ‘in’. Although I do always have a character perfume!

What’s your favourite food? Do you eat before or after a show?
Cheese, I’m essentially a rodent. I eat before as I’m a type one diabetic and this means I have time to digest and for my blood sugars to settle before hitting the boards.

What makes you laugh?
My family. Not always in a good way, mostly though.

A memorable meal your Mum cooked you?
Mum’s lasagna was a favourite as a child and is now one of my sons favourite meals so the tradition continues.

What’s it like being a working mum? Advice for actors who are thinking of being parents?
Being a working mum is tough in any profession and I think we have a long way to go yet in making theatre and television more accessible for working mothers. Luckily the Griffin team is very sensitive and accommodating and recently allowed my 7 year old to come to rehearsal. It would be wonderful if one day that became the norm. Don’t let being an actor put you off becoming a parent. The industry is moving in the right direction and ultimately kids are pretty portable and fairly adaptable, at least when they’re young!