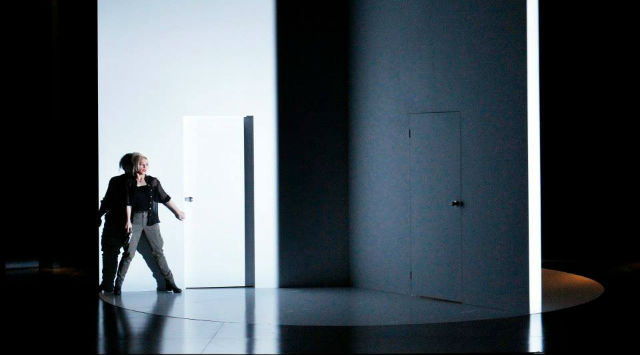 Theatre review
Paulina resides in the space of terror. Captured, tortured, and raped; not only have the fractures in her world endured 15 years since the devastating event, her thirst for revenge is becoming an increasingly uncontrollable force that drives her to the extremities of Ariel Dorfman’s Death And The Maiden. Paulina was blindfolded during her ordeal but remembers the voice of her rapist, and during a chance encounter one night, she identifies a kindly, mild-mannered man Roberto to be the perpetrator, and proceeds to keep him captive in her home. Stripped and tied to a chair, Roberto is threatened by Paulina’s revolver and her accusations, but maintains his innocence. Paulina fluctuates between demanding a confession and wanting his life, but we are never sure if Roberto is in fact the right man. Dorfman’s work is dramatic and tense, with an undeniable political emphasis. Inspired by Chile’s progression from totalitarianism to democracy in the 1980’s, difficult questions about finding justice for victims of the state are explored. In an Australian context, the most direct association one could make would involve the continuing mistreatment of our Indigenous communities, but there are no obvious adaptations in the production that attempt to find a more specific point of relevance for its audience.

Scenic and lighting design by Nick Schilieper reduces the space and concentrates the action efficiently onto a small stage, so that nothing distracts us from the show’s intimate sequences. The leanness of its appearance however, conveys only a monotonously cold atmosphere. Correspondingly, Leticia Cáceres’ work as director seems to pay fastidious attention only to performances by its three players. The production feels insufficiently ambitious in scope, eschewing a bolder use of space that could have assisted us in relating to the unfolding plot better, by depicting either the oppressiveness of Paulina’s home and mental state, or a wider and more identifiable political and social environment. Composer and sound designer The Sweats excels in his control over atmosphere and scene transitions. He introduces a sophistication, along with a sense of drama to a staging that is often too minimalist in its overall style.

Leading lady Susie Porter presents a likeable and convincing Paulina. Porter’s cerebral portrayal gives integrity to the story being told, and her gracious presence keeps us firmly on her character’s side, but her performance is ultimately a tepid one that lacks a certain operatic quality required for the production to engage more powerfully. Porter’s interpretation is one steeped in depression, where a more dynamic madness would allow the narrative’s controversial aspects greater potency, and therefore elicit a more robust response from its audience. The actor’s work comes across psychologically accurate and very thoughtful, but the Latin American text asks for a fire that may only exist beyond rationality, which itself (being rational or not) is after all, one of its chief concerns. In the role of Paulina’s husband Gerardo, is Steve Mouzakis, who takes every opportunity to raise temperatures in the theatre. It is a smaller part but one that moves through different emotional phases, and the performer brings a spirited passion to each of them, reflecting an impressive conviction that viewers can no doubt appreciate. Eugene Gilfedder makes an interesting villain of Roberto. Probably not quite as charismatic as Porter, and therefore tilting the adversarial balance slightly off between duelling characters, but nonetheless an intriguing personality. He keeps us guessing, which is central to the play’s effectiveness, and provides fine tension at its concluding moments.

Death And The Maiden contains poignant moments of philosophy and drama, but at 25 years old, its resonances require translation. We are certainly no strangers to concepts of political upheaval, war and terror, but what we view to be tangible threats have changed. In spite of the production’s success at achieving a good level of believability, the play feels distant. We are reminded that our concerns have evolved, and although we often consider our civilisations to have improved, the fact remains that the things that haunt us never go away; they only take the form of something else. The fears in the play are different from ours today, but the vulnerabilities we share are interminable, and it is that darkness that Paulina needs to release with indomitable fury.